The famous handball player and member of the Macedonian national team Dejan Manaskov feels great after the knee surgery he had at Acibadem Sistina Hospital. The intervention is going to be followed by rehabilitation, and he says that everything went well and that he expects to return to the field soon. Manaskov is currently playing for the Hungarian Veszprem and he had an injury to his right knee. 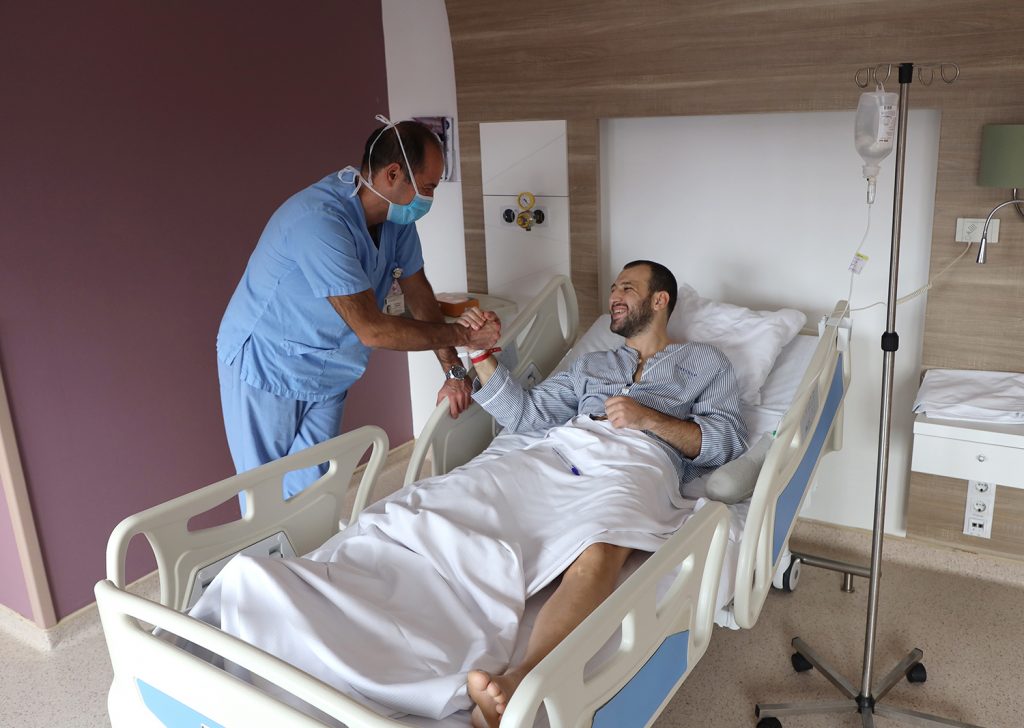 “I feel great, the operation went well.  For this kind of injury six months are being waited to pass, and I hope that I will be ready to return on field,” stated Dejan Manaskov.

The intervention was performed by Dr. Mihajlo Ivanovski, an orthopedic specialist, with whom Manaskov is well acquainted due to his engagement in the club and the national team where Dr. Ivanovski is part of the medical team. The relationship build on trust and professionalism was the key that he went to Acibadem Sistina”.  Manaskov stated he believed in the doctor.

Dr. Ivanovski explains that he had a torn anterior cruciate ligament, and the intervention was performed with all inside technique.

“Only one tendon (ST) was taken and a new ligament was made. After three months, Manaskov is going to be ready and be back with exercising and running. We expect a full recovery in six months,” said Dr. Ivanovski.