A real shock for Selimi family from the Tetovo village of Slatino was the diagnosis for their seven-month-old baby. They thought she was suffering from bronchitis but following the examinations they found out that their child had a serious heart problem – an opening between both atria that make lung resistance. The heart anomaly caused problems and consequently the baby did not eat enough and lost weight. No family member, including her eight-years-older brother, has any cardiac problems. The information alarmed the parents and after the examinations they referred to Dr. Vladimir Chadikovski at Acibadem Sistina Hospital. The anomaly was to be resolved immediately, recommended Dr. Chadikovski. A week after the intervention the baby girl was discharged and now she is recovering well. The initial fear was replaced by optimism that she could have a careless normal life. And so were the expectations by doctor Chadikovski. 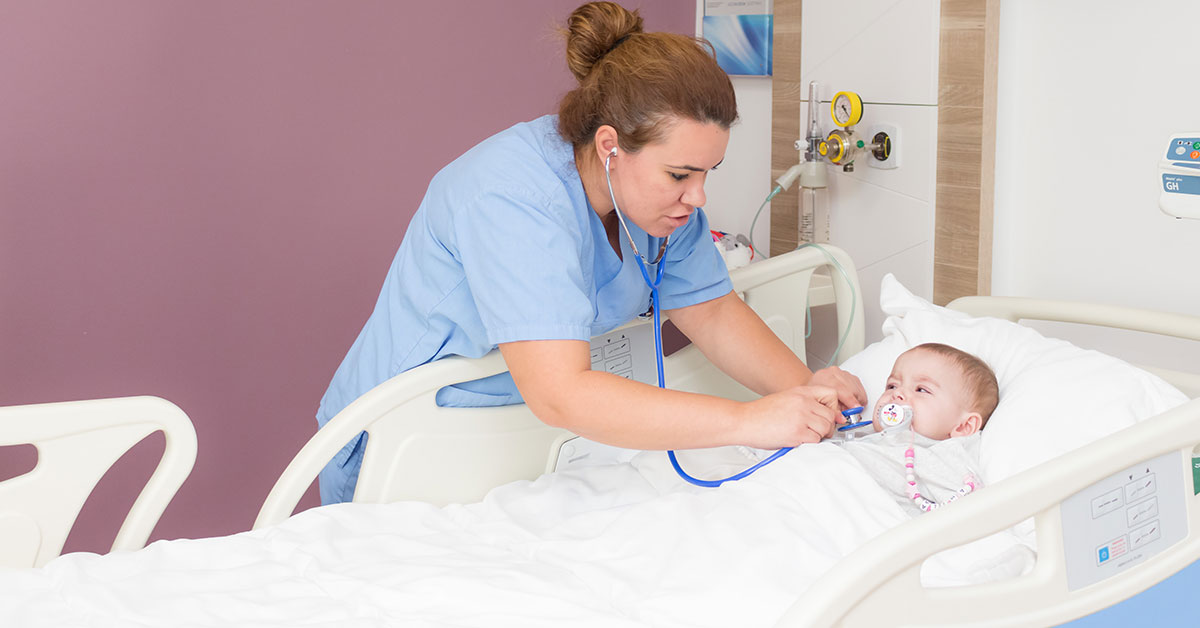 They had a trustful and open relationship with the doctor; the father Jemaledi says they experienced a difficult emotional period that fortunately is behind them. “At first she was hospitalized at the Pediatric Clinic for a few weeks, and following the examinations we were told that a surgery was necessary; bur since it is a specific intervention it should be performed abroad or at a private hospital. The child had breathing problems, she was sweating a lot, she couldn’t eat and started to lose weight. Then we got in touch with Dr. Chadikovski. We already knew about him and decided to make an appointment. After the follow-up examinations, we agreed to perform a surgery. As a matter of fact, the doctor’s recommendations were to perform the intervention as soon as possible. Dr. Chadikovski was very correct, very open and welcoming to cooperate with. We were pleased with the staff, with everyone working at Acibadem Sistina Hospital”, says Selimi. A week after the surgery, their child was discharged and now her condition is improved. “We are overjoyed and there are no words to explain this feeling”, says the father. 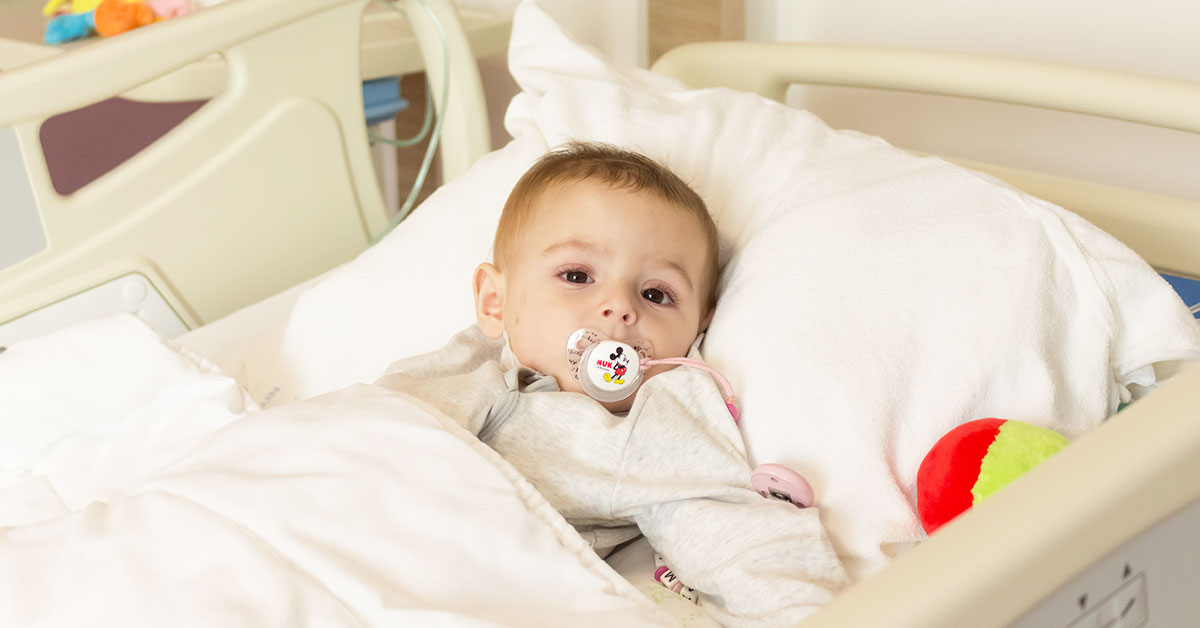 Dr. Chadikovski witnesses their concerns. Steps were taken immediately. The ultrasound examination confirmed it was a heart anomaly. In fact, the problem was caused by an opening between both cardiac atria that resulted in an increased lung pressure. Considering the necessary urgency, preparations lasted only for a month, a period when she was examined by several cardiologists at “Acibadem Sistina”. “Special material was inserted to close the opening. This intervention is carried out in several stages. The first one is anesthesia preparation, then the bypass procedure, then the intervention stage when the child does not breathe with its own lungs, but it has mechanical support and the last surgical stage is when a clamp is inserted and dosed potassium is administered in order to stop the heart beating. Then you have to act very promptly and do the sewing. At the moment when the opening is closed the clamp is removed and you wait for the heart to restore its function and start beating on its own”, explains Dr. Chadikovski. He says that during the intervention the child’s temperature drops to 32 degrees. “Hypothermia is induced to protect the brain because the heart is not beating, and afterwards everything returns to normal. Now the baby is recovering very quickly”, adds Dr. Chadikovski. 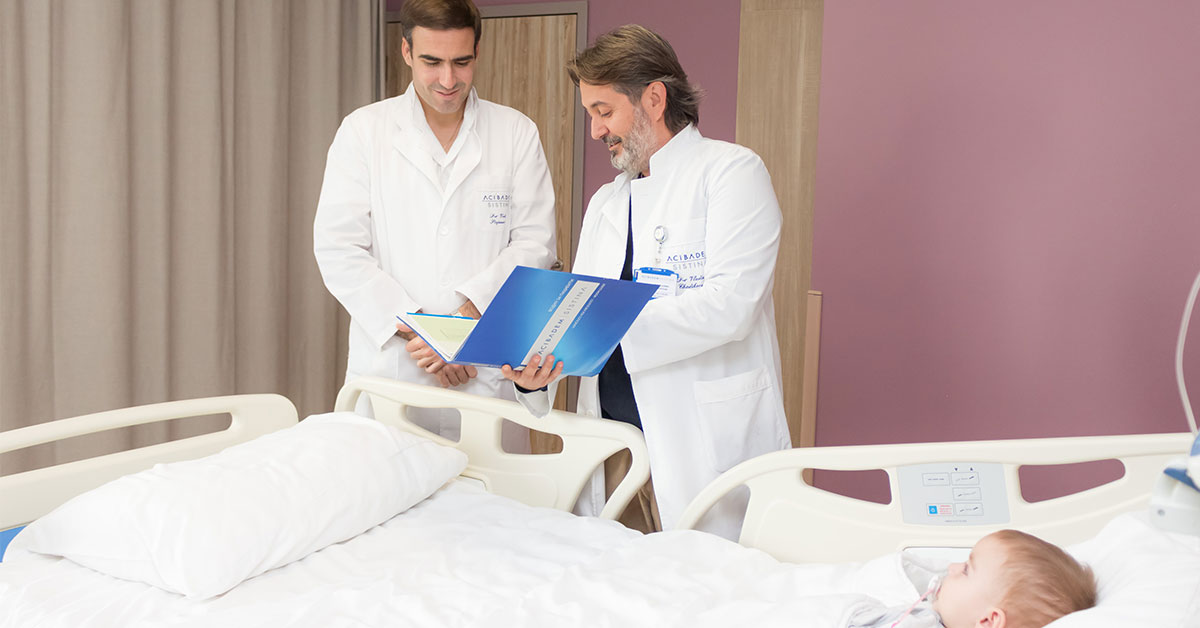 Acibadem Sistina Hospital has started to perform cardiac surgeries in children with cardiovascular diseases (aged 0-18 years) insured by the Health Insurance Fund of Macedonia. These interventions are performed by an experienced team of doctors led by Dr. Vladimir Chadikovski, the only licensed pediatric cardiac surgeon in the country, together with doctors from “Acibadem” Turkey who have over 15,000 interventions so far. It is a team of about ten cardiac surgeons, cardiologists, anesthesiologists, perfusionists and pediatricians for cardiac interventions in children, one of the best in the region. The advantage is that the experienced team of doctors coming from Turkey will be available in the country every week and they will be involved in the treatment of pediatric cardiac diseases. Acibadem Sistina aims to become a reference center for the treatment of congenital heart diseases in children in the coming period, not only in Macedonia but in the entire Balkans.