PROF. DR. NIKOLIKJ PERFORMED A BYPASS SURGERY ON AN EMERGENCY PATIENT WITH CORONAVIRUS

Fifty-eight-year-old Vancho Angelov is one of the patients who, despite being positive for the coronavirus, underwent an intervention at the Acibadem Sistina Hospital.

The patient who had previously undergone stenting in another healthcare institution was performed a bypass surgery by the cardiac surgery team led by Prof. Dr. Aleksandar Nikolikj. Dr. Nikolikj says that the intervention went well and the patient was released for home treatment immediately after the intervention. What is significant is that he was given the opportunity to be treated despite being a Covid-19 patient. Despite the pandemic, emergency operations at Acibadem Sistina Hospital are also performed on Covid-19 patients following a specially adapted procedure. Although it has not been common practice to intervene in patients who tested positive for the virus and it was waited that they first recover despite the urgency of the intervention, this is not the case now. The Hospital thus demonstrates exceptional care for all citizens regardless of the fact that Covid-19 is challenging both for the patients’ health and for the medical staff. Vancho Angelov came to Acibadem Sistina Hospital with a severe chest pain, and complained of fatigue despite being performed stenting 15 days ago. 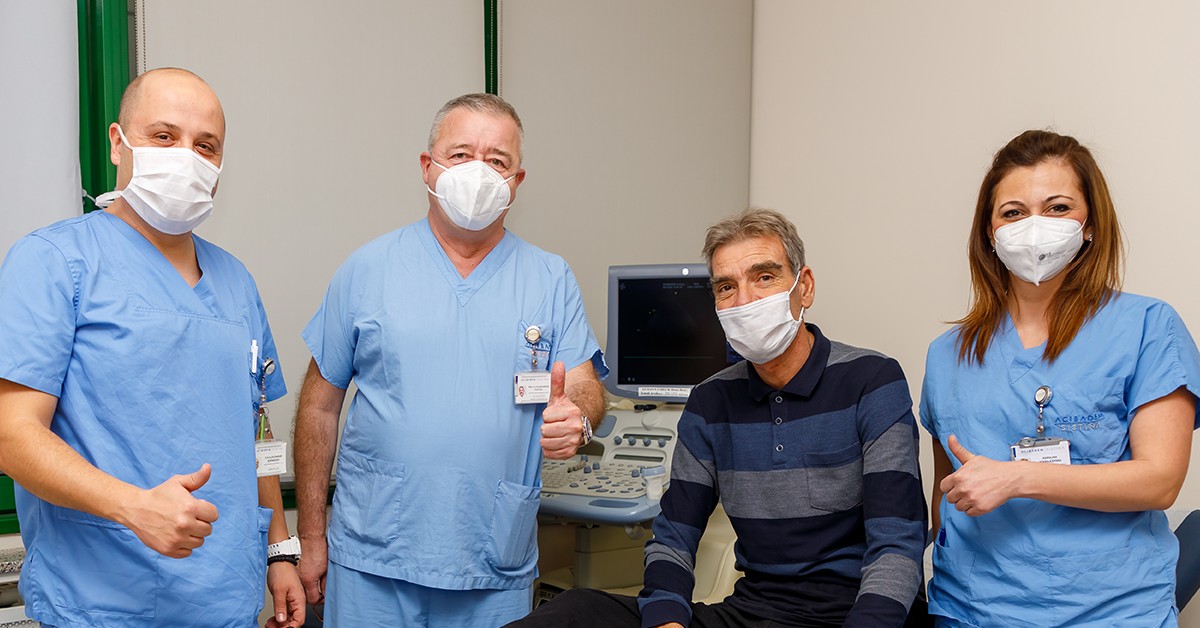 . After the examination, Dr. Nikolikj determined that a bypass surgery should be performed. “The patient had unstable angina and was an emergency patient, i.e. after the examination it became clear that if no intervention is performed, it may end fatally. After a standard procedure and testing, it was determined that the patient is Covid-19 positive, but that was not an obstacle and we decided to perform the surgery without hesitating”, said Dr. Nikolikj. This intervention may have been more complicated for the whole team due to all the protective equipment, but Dr. Nikolikj says that they did not have any hesitations because sometimes patients have several conditions at the same time, for example patients who have both a malignant condition and a heart condition are operated on.

After the surgery, the patient was hospitalized in a separate intensive care unit room with double doors and negative pressure. “It may not be simple, because you have to organize a special protocol, special conditions, to adapt the operating room, the clothing, to observe all protection measures. It is necessary that the staff knows the measures well to implement them. We have not faced such a pandemic, such a virus before. It has been lasting for almost a year and we have to learn how to function in such conditions”, says Prof. Dr. Nikolikj. The patient is now feeling well, satisfied with the treatment in the hospital. He says that Dr. Nikolikj saved his life. 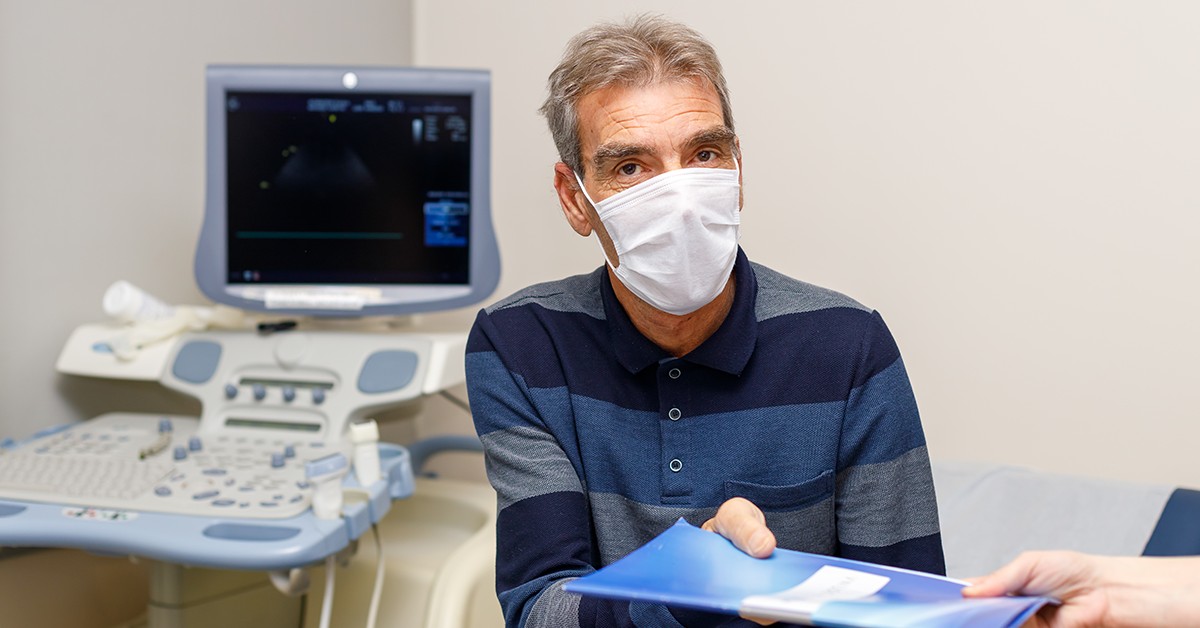 Prof. Dr. Nikolikj explains that in case of cardiac surgery, a lung X-ray is first performed, so if the virus has not caused any damage, the intervention is performed despite the fact that the patient is Covid-19 positive. The experience so far is positive, and the outcome in all patients was good, there were no complications. Dr. Nikolikj says that recovery is individual for each patient, however in the first seven days the patient remains hospitalized because he/she has a weaker immunity. Several interventions were performed, one of which was an operation on a young boy with a ruptured aorta. Prior to the surgery, which was urgent, the boy tested positive for the coronavirus. However, the operation was performed. “We immediately mobilized, fully protected, and performed the operation. The symptoms must not be ignored, i.e. if we did not react quickly we could have lost the patient. Covid-19 caused panic in the world, but we must not forget that other diseases are still present. We should not forget that 51% of people die from cardiovascular problems”, says Dr. Nikolikj. Although there is a small number of such interventions, those who have not had the opportunity to be treated in time just because they are positive for the virus now have the chance to be operated on.

“I am satisfied with the whole team at Acibadem Sistina Hospital. I feel good, I received complete care and the conditions in the hospital were excellent, employees were always with me. I was very scared how all this would end, especially after it was confirmed that I was positive for the coronavirus. Dr. Nikolikj was assuring me that the problem would be solved and it really happened”, says Angelov.