PROF. DR. NIKOLIKJ HAS RETURNED PROFESSOR OROVCHANEC BACK TO HIS HOBBY – THE MOUNTAINS

Professor Dr. Nikola Orovchanec is a former epidemiologist. He is 70 years old and has spent much of his career as a professor at the Medical Faculty in Skopje. He likes the mountains and lives to climb them – he is of his own when hiking the slopes. Every step there brings a new impulse for him, a new segment of life. Now there is a new one – following the cardiac surgery at Acibadem Sistina Hospital he has a new hope. Yes, he is feeling great at the moment, and the credit for that deserves the cardiac surgery team of specialists at “Acibadem Sistina”, headed by Prof. Dr. Aleksandar Nikolikj. He found out about the doctor some time ago and believed that he would help him after reading a story in the hospital magazine about a similar problem successfully solved at “Acibadem Sistina”. 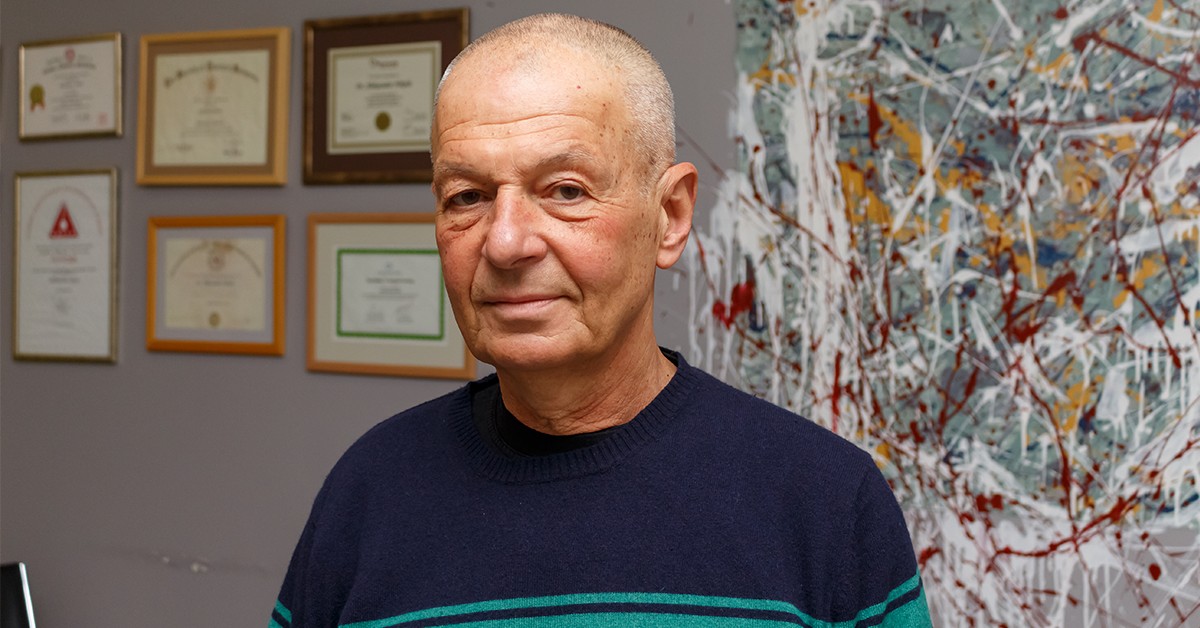 SOON AFTER THE SURGERY HE WAS HOME

“It was a success story about a Montenegrin who was treated here. Prof. Dr. Nikolikj helped him”, begins Dr. Orovchanec his story. The story, or his problem, started when Orovchanec was only 14 years old. He suffered a relapse including bacterial infection that attacked the heart. Aortic valve stenosis developed and thus he had to stop physical activity. But he never wanted to give up and he never did. He started training football and basketball, and played despite his heart defect. Later he started hiking and found a love that still lasts; it has become even greater over the years. However, some time ago he was sure that it must be solved. Namely, the last time Dr. Orovchanec was at Vodno Mountain, a week before he came to Prof. Dr. Nikolikj, he lost consciousness. Encouraged by positive experiences, as he explains now, he didn’t doubt the positive outcome at all. Now he is overjoyed. “I fainted and it lasted 15 seconds. I did not return by foot, but by cable-car. Afterwards I immediately went to perform cardiac examination. I came to Prof. Dr. Nikolikj and we had a very cordial conversation. The professor told me that a mechanical valve should be inserted. We agreed and as suggested by Dr. Nikolikj, a coronary angiography was performed by Dr. Zharko Hristovski. Prof. Dr. Nikolikj performed the surgery on October 7. The third day after the surgery, I got up and took two steps. In six days I started to move and I was discharged”, said Dr. Orovchanec. Following the surgery, his recovery progressed very promptly. He got better every day and took walks with his dog for an hour. He did not feel tired. “Prior to surgery, when I asked the doctor about the recovery he told me I had to wait for a month. But I recovered earlier. Four months later I can say I feel great”, says Dr. Orovchanec.

BACK TO THE MOUNTAINS

Despite the good outcome, he missed mountains and sport the most. His key dilemma was whether the valve would serve in physical activity. Prof. Dr. Nikolikj considered that the professor was completely healthy to continue physical activity after the surgery. Now it is a reality. “I have been hiking for 36 years. I walked up to 3,000 meters without any problems. Now I hike again. Of course, Prof. Dr. Nikolikj is credited for that. And these words are not necessary. Nor does he need promotion. His works speak for him. He is a virtuoso. Postoperatively, I feel no fatigue at all. I walk with my dog, I have strength and I enjoy it”, says Dr. Orovchanec. He adds that he had met many professionals at Acibadem Sistina Hospital – each in his/her own field and profession. 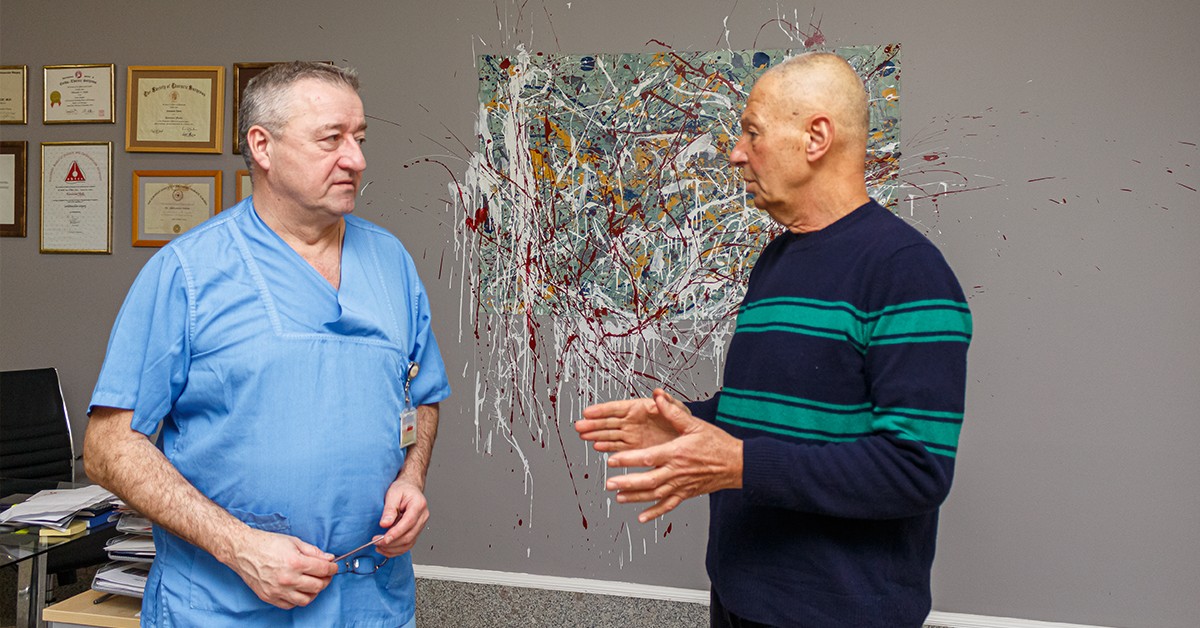 Prof. Dr. Nikolikj feels pleasure for every new case, after every new surgery. He says he diagnosed aortic valve stenosis in professor Orovchanec, a common disease in elderly. “After establishing the diagnosis, we discussed the possibilities. We talked about the method of replacing the native aortic valve with a biological one, applied in much older patients. However, the professor is in good shape and biologically looks 10 years younger, so we decided for that method, i.e. replacement with a mechanical valve. Usually the intervention is performed in three hours. In his case, it was performed by a classical method i.e. we opened the chest completely. “We removed the calcifications off the aortic valves and completely replaced the valve”, adds Prof. Dr. Nikolikj. He claims that for Orovchanec there are many years of life ahead. The professor can return to his hobby without any restrictions, claims Prof. Dr. Nikolikj. “He can climb the mountains he loves. Of course, I don’t mean the Himalayas”, adds Prof.Dr. Nikolikj.