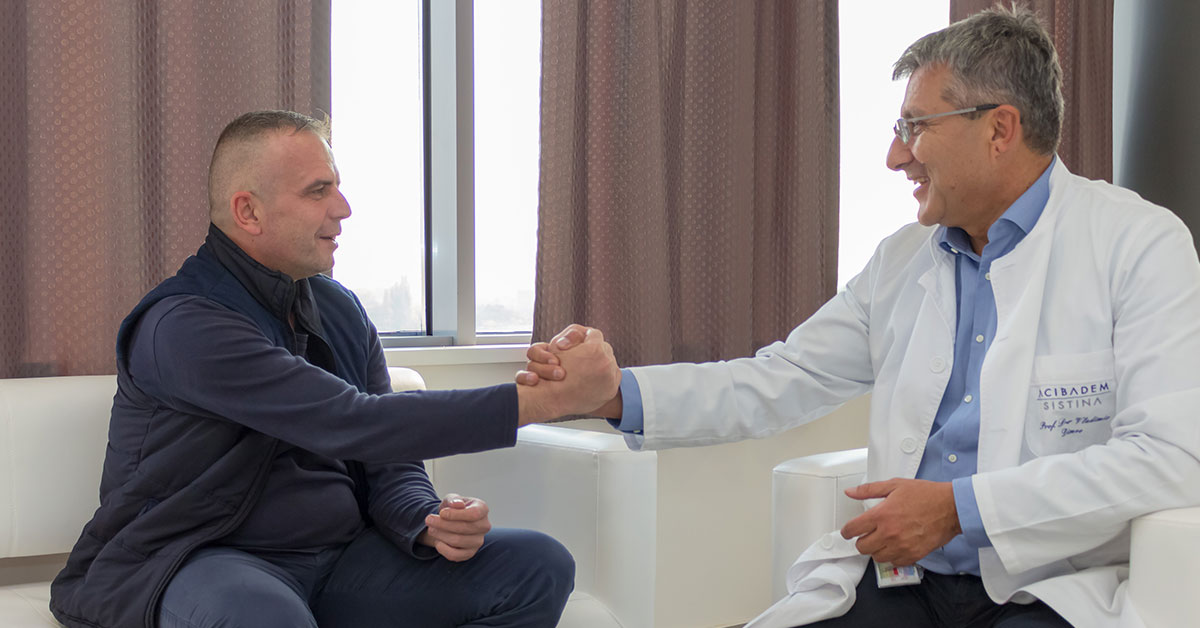 A unique, rare intervention with positive outcome brought a smile to Ensar Adelovikj, now 42 years of age. It was an intervention to stop the pancreatic bleeding through the digestive tract, i.e. the duodenum. Currently Adelovikj lives in Istanbul, and he is healthy thanks to Prof. Dr. Vladimir Dimov from Acibadem Sistina Hospital. Adelovikj and his doctor are good friends and they are always in the mood to talk about becoming close.

However, the story has not only pleasant moments since Adelovikj came to “Acibadem Sistina” because of his suffering. He reminds that problems began last February when he lived in Montenegro. His abdominal pain was unbearable, and he ended up in a hospital where he was initially diagnosed with chronic pancreatitis and presence of a small cyst in the pancreatic head. According to the initial diagnosis it was not an alarm for the doctors, but nevertheless for Adelovikj it meant a long agony that, fortunately, had more than a good ending.

“Following the examination at a clinic in Belgrade, I was told it was nothing serious and that I could go home. However, it only lasted until June. In the meantime, I lost over thirty kilograms of my 97 kilograms in six months. I was vomiting constantly and I was losing weight rapidly. I went to a private hospital in Belgrade again and was told there was nothing, but I had severe abdominal and back pain. Sometimes I fainted twice a day”, begins Adelovikj his story. He heard about “Acibadem Sistina” from the commercials, but also knew from the experience with “Acibadem” in Istanbul. He decided to come and meet Prof. Dr. Dimov, whom he was looking for in Montenegro as well, but since the doctor no longer worked there, the fate brought them together in Skopje. Examinations at “Acibadem Sistina” were followed by pancreatic surgery to resolve the duodenal narrowing. The cyst in the pancreatic head was very small and it didn’t require intervention at that moment. Everything was fine after the first surgery, so Adelovikj started eating normally and returned to Montenegro. But the pain problems didn’t stop. Two months later, he suddenly started feeling severe dizziness and he was rushed to a hospital in Montenegro. “I could neither walk nor function; I was administered a lot of blood because I lost quite a lot amount although the reason was not known since I neither vomited nor had blood in my stools. I contacted Prof. Dr. Dimov and he urged me to come. The bleeding site was diagnosed and I urgently underwent a surgery. Two days after the surgery I stayed at the Intensive Care Unit and then at the ward for another ten days. The interest of the hospital staff was an indicator that there was drama during the surgery. Now I have 90kg again and I function normally, I come back to life and I eat normally, I even work”, Adelovikj says. 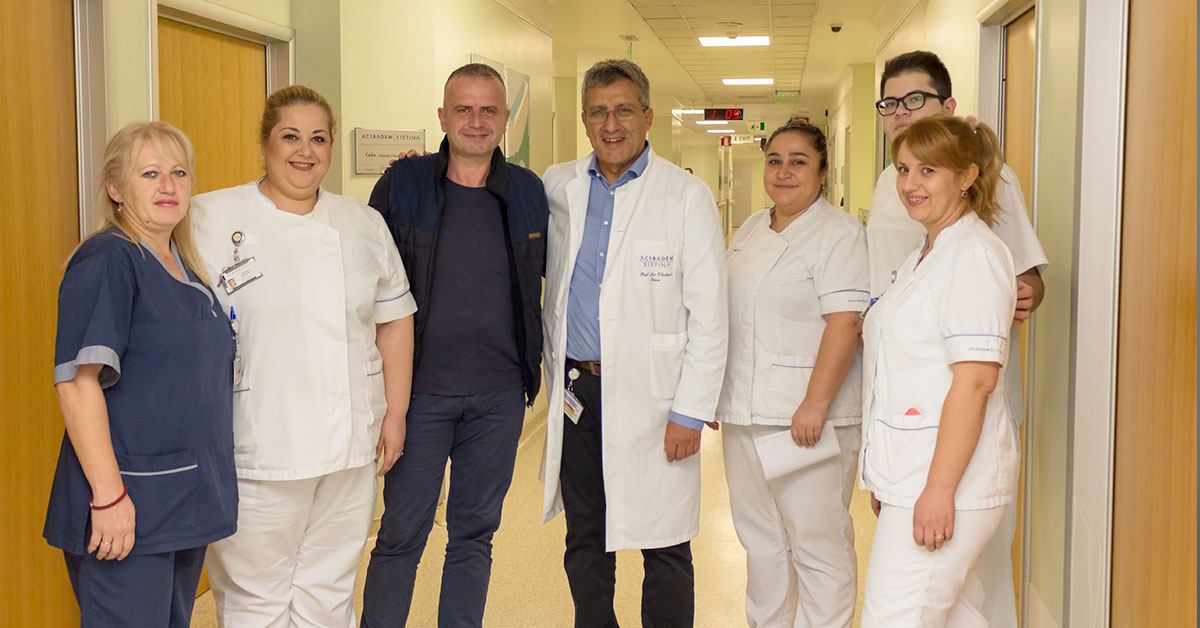 Prof. Dr. Dimov also talks about Adelovikj with special emotions. The doctor confirms that when the patient first came to the hospital he had a developed acute pancreatitis, without indications how it would develop further and there was a pronounced inability for feeding. After the first intervention by bypass procedures, the problem was resolved, i.e. the digestive tract was passable again and Adelovikj began to feed normally. However, despite patient’s discipline of feeding and not drinking alcohol, the activity of the process continued to the moment when he suddenly lose blood inexplicably. While he was hospitalized at a clinical hospital in Montenegro, Adelovikj was administered 12 units of blood, but here in Skopje, he was in poor condition since his blood was constantly lost somewhere. “He asked to come here and I think it was the right decision. We located the bleeding by the most advanced procedures and sophisticated methods, i.e. using angiography we reach to the pancreatic blood vessels where we located the blood loss. It was on a large branch behind the pancreas; thus embolization was performed and the bleeding was stopped by endovascular path. However, a few hours after the two-hour intervention, there was severe bleeding, this time through the digestive tract. The penetration was at the duodenal level. There was a mass breaking from the pancreas through the duodenum at the back of the abdomen. We were forced to remove the mass through the duodenum and to stop the bleeding the same way, which is absolutely a non-standard procedure. However, following the complete intervention the patient’s condition was stabilized”, says Dr. Dimov. He adds that it was a very serious intervention. “It is a serious intervention with seconds at stake. It is a rare case rarely resolved worldwide, so the experiences are individual. It is a situation on the life and death line”, adds the doctor. 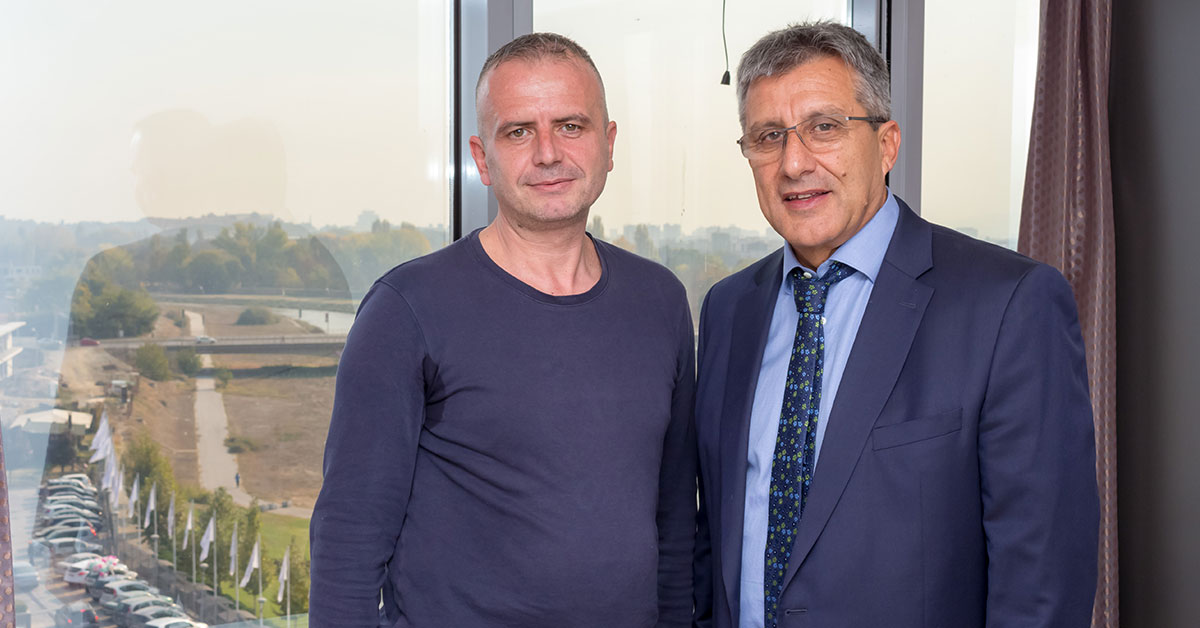 A NEW CHANCE FOR LIVING

Dr. Dimov has been working on pancreatitis for years, precisely more than 30 years. Acute pancreatitis is an extremely serious disease, the worst of all non-malignant diseases. “His case was rare, unique by the type of complication and unique by the way the problem was resolved, at the pancreatic head through the duodenum. It was a great pleasure to save the patient. Treating these diseases requires a good team since the problem is complex. Such an outcome has not only resulted in good doctor-patient relationship but also has built a personal friendship”, explains Dr. Dimov. The operation lasted for four hours, but the stress was enormous. It is the essential issue in the pancreas, adds Dr. Dimov. Either you lose it or the situation is completely settled. After all, it is important to settle it in the first 15 minutes because we can lose the patient.

Fortunately, Adelovikj had the fate of being in the hands of the experienced Dr. Dimov. Now he works and lives a normal life in Istanbul while the bad memories are slowly disappearing. 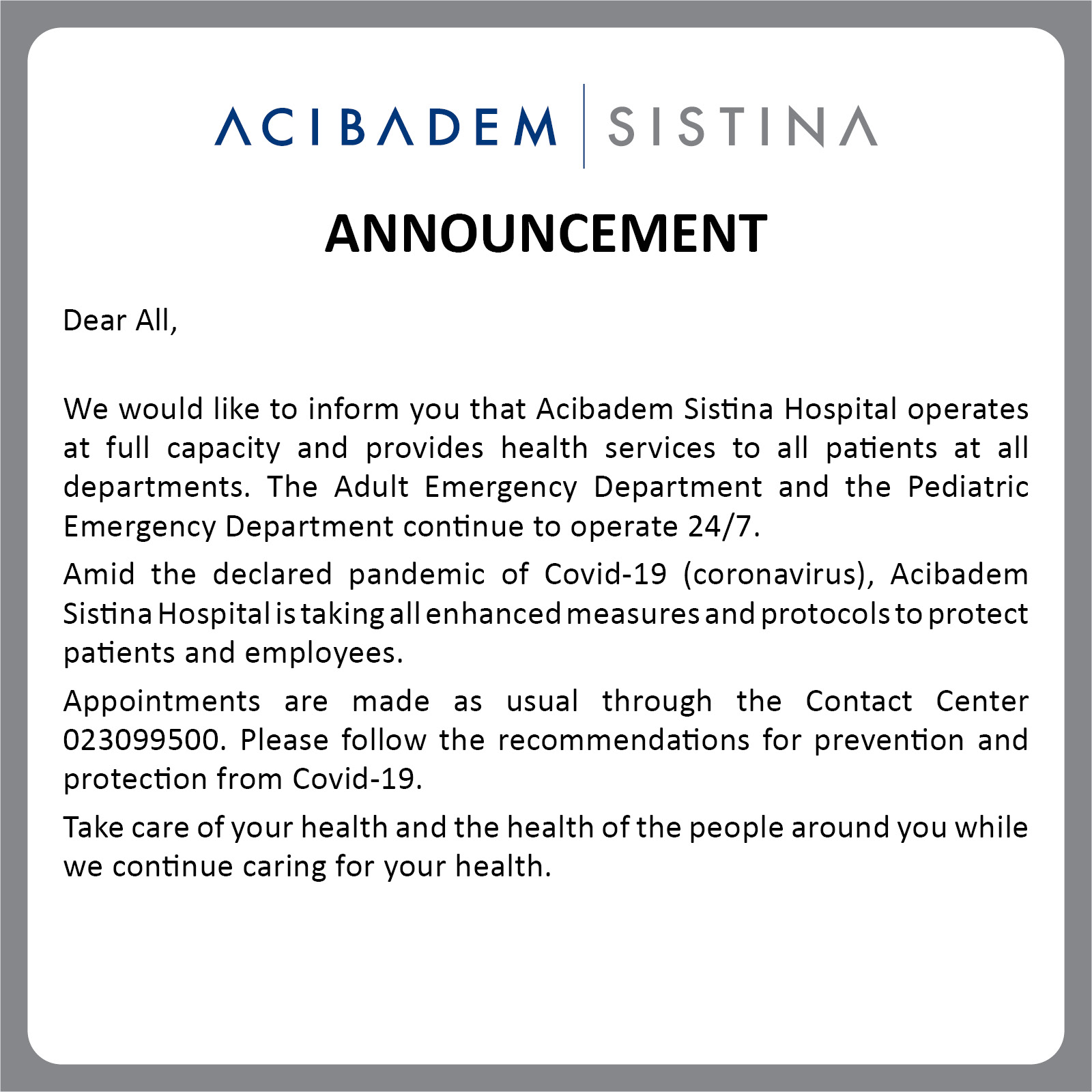