NEW DIGITAL MAMMOGRAPH IN “ACIBADEM SISTINA”: THE PROMPTIEST AND THE MOST PRECISE DETECTION OF BREAST CANCER USING MINIMUM RADIATION

Breast cancer is a type of malignant disease that can be diagnosed early and thus the treatment can began on time. Dr. Maja Stojchevska-Chapova, radiologist at Acibadem Sistina Hospital, points out the importance of preventive examinations and adds that the earlier the disease is diagnosed, the simpler the solution and the minor the surgery. Unfortunately, as emphasized by Dr. Stojchevska-Chapova, there are no early symptoms for this malignant disease and subsequently the patient is not aware of it for a long time. The first and most important recommendation is to perform regular check-ups at certain intervals, since it is the only possible way to obtain an early diagnosis of this disease. It means detecting the cancer when it is less than 1cm in size and when it could be treated up to 99 percent.

The self-examination that every woman should practice, has extremely importance as well. One of the symptoms that can be determined during self-examination occurs when a woman notices a breast lump that did not exist before. She may notice some change in the breast shape and structure, but sometimes there is only a skin change (drier or redder skin). In some cases, a discharge that may be either bloody or colourless is the only symptom that indicates a malignant breast disease. 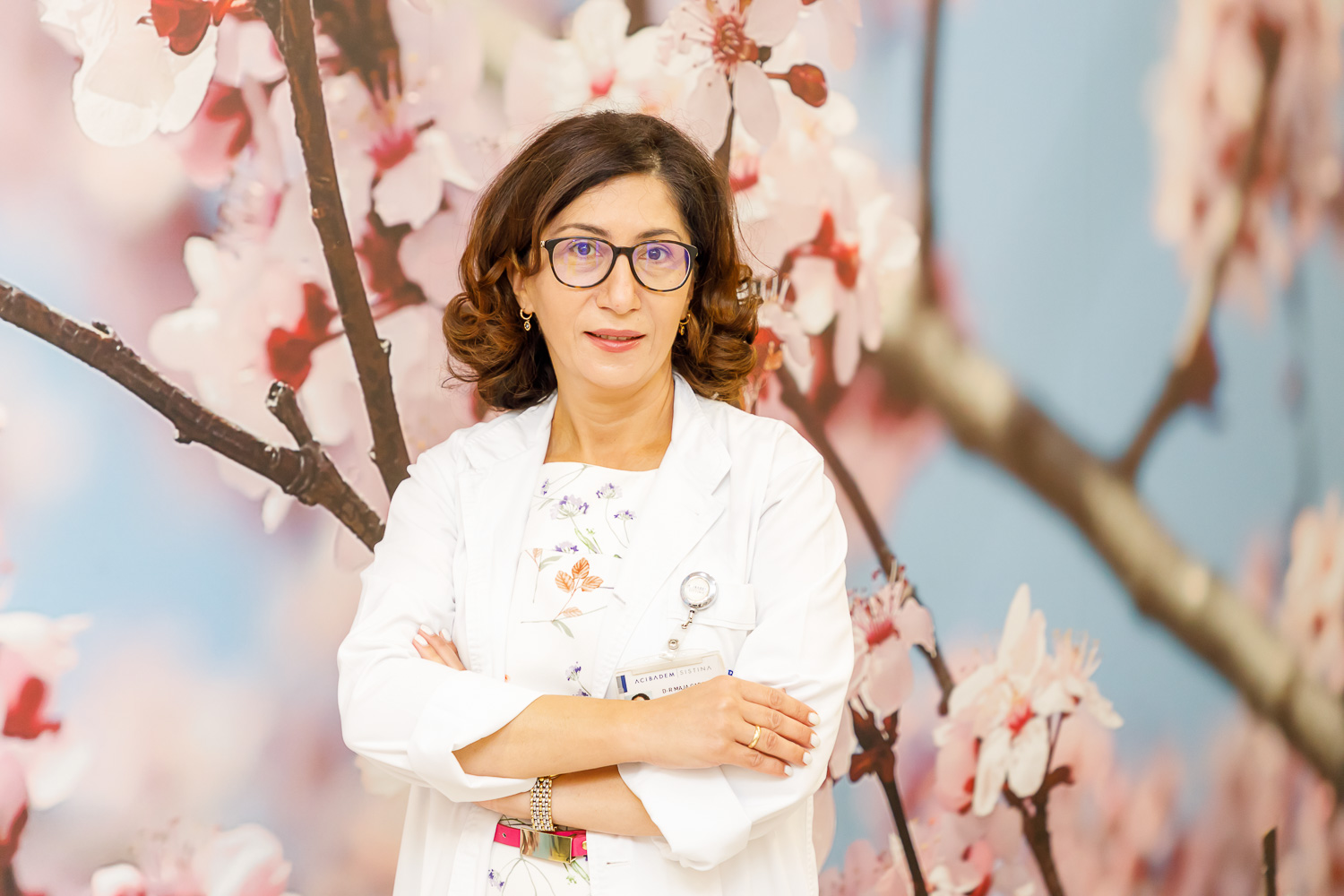 Dr. Stojchevska-Chapova stresses that there are cancers not felt on palpation nor detected with ultrasound. They are detected only when performing mammography. Her recommendation is to repeat the mammography every second year and it should start between 36 and 40 years of age.

“Early and timely diagnosis of malignant breast diseases is extremely complex and requires three prerequisites starting with patient’s motivation to come for a preventive examination when asymptomatic, a doctor experienced in breast diagnosis and of course having the right tools at own disposal. The main tool in breast diagnosis is mammography. Recently our hospital has provided a new digital mammograph offering a lower radiation dose, greater comfort, controlled compression and higher resolution of the scans”, says Dr. Stojchevska-Chapova.

Dr. Stojchevska-Chapova, the radiologist, underlines that this mammograph is special because of the stereotaxy device that allows performing intervention procedures in a supine position. The new mammograph has a special accessory for patients with breast implants, and it is also suitable for people with disabilities (mammography is performed in a wheelchair). 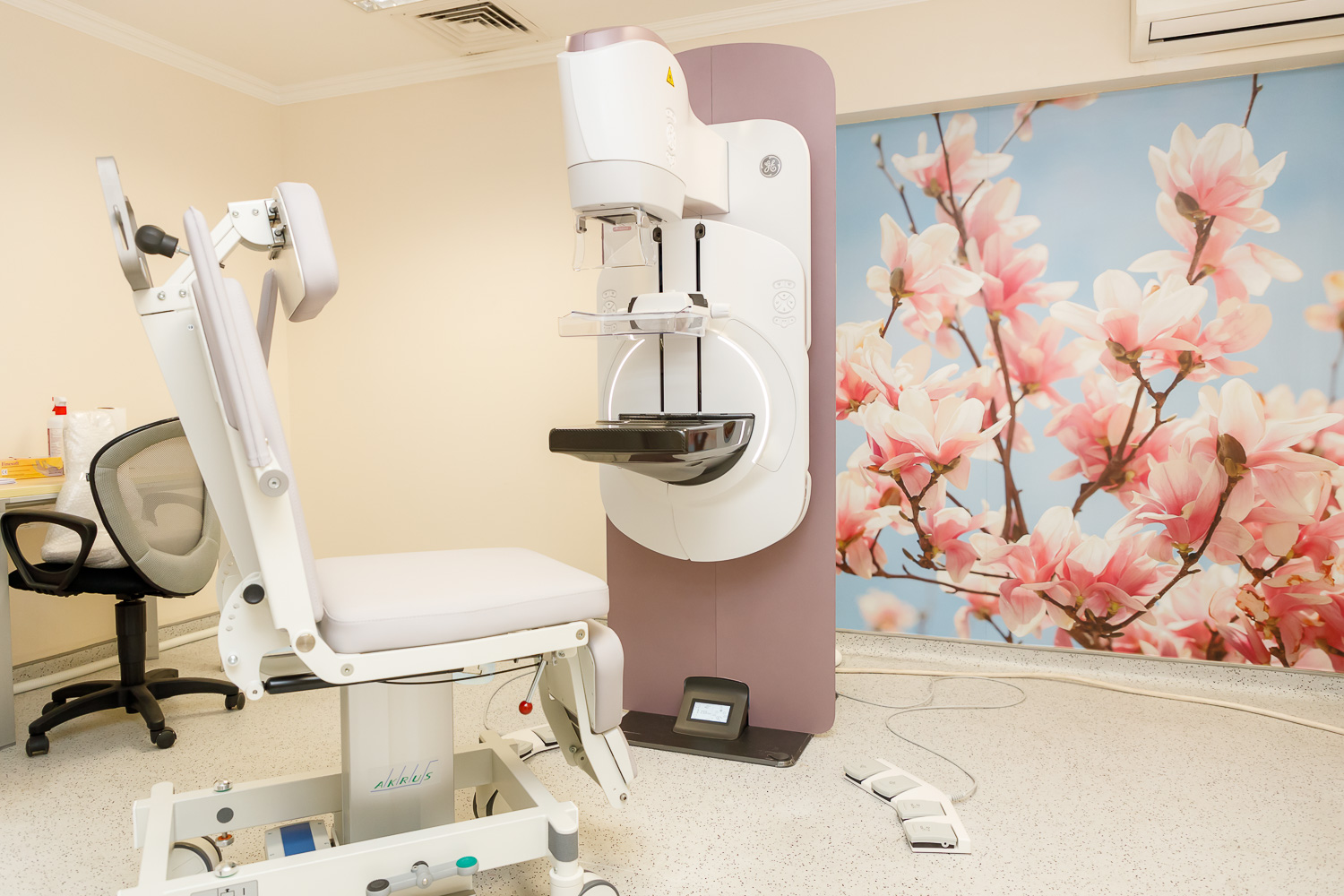 “Stereotaxy is computer-controlled navigation of instruments for mammograph-controlled intervention procedures, such as preoperative wire marking and biopsies. What makes our new mammograph special is the possibility to perform these procedures in a sitting and lying position (an option that has not been available in our country so far). In addition to greater patient comfort during the procedure, it also detects profound changes in the breast. Apart from the fact that the instrument is controlled in 3 planes, the new stereotaxy device provides vertical, but more importantly, horizontal instrument access during the procedures”, says Dr. Stojchevska-Chapova.

Digital mammograph, the doctor emphasized, offers several advantages over the analogue technique and today it tends to become the standard in breast diagnostics. The most significant difference between analogue and digital mammograph, says Dr. Stojchevska-Chapova, is in the radiation dose, which is extremely low in digital mammography and it is equivalent to 4 hours of flight. 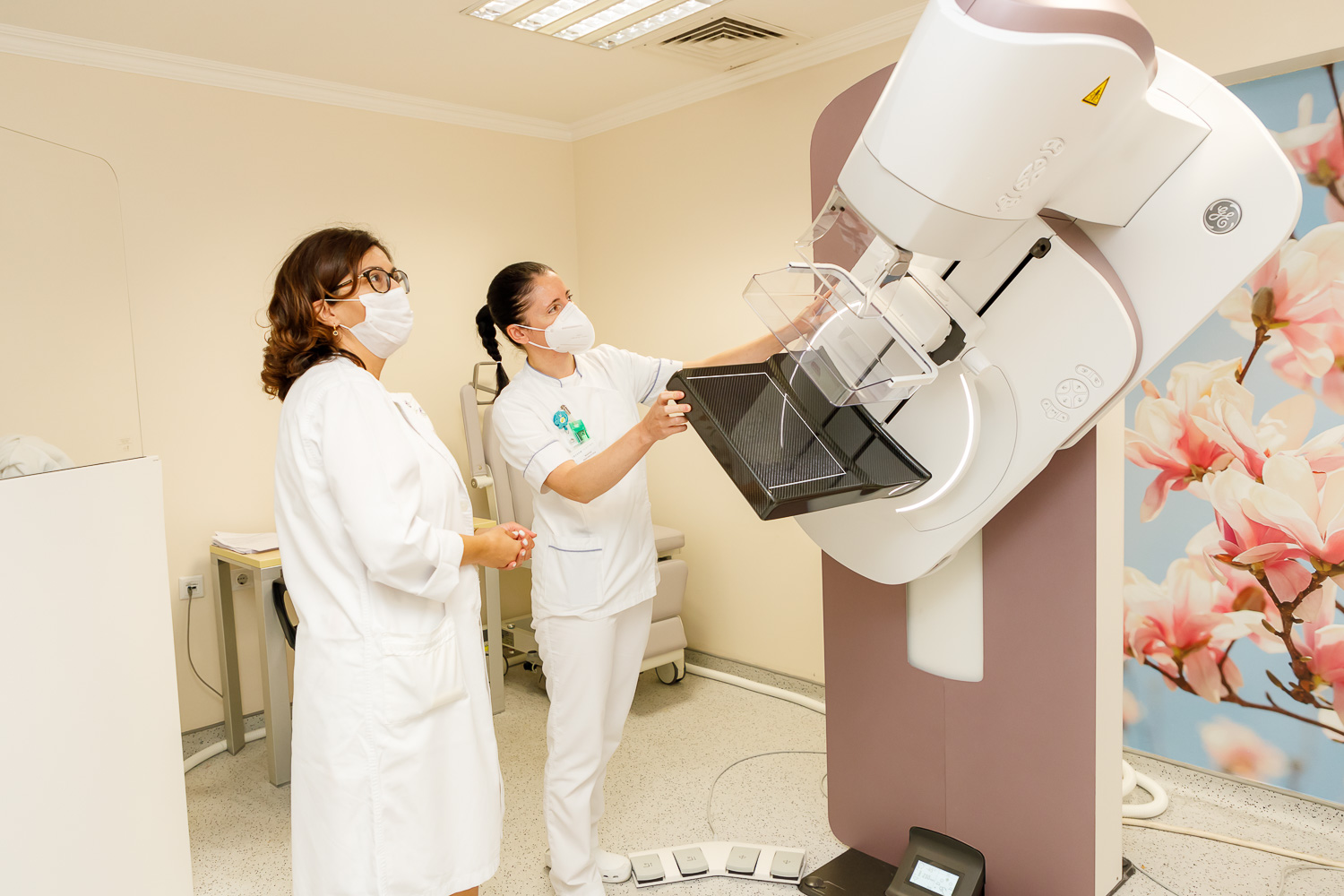 “Resolution in the digital mammography is by far better, enabling significantly more accurate diagnosis. Digital mammographs have several software tools that facilitate scan managing (magnification, brightening, shading). The new machines have computer control of the compression relevant to each breast tissue, providing greater comfort during the examination. “Scan archive in digital machines is extremely important since it is very significant to compare the old and new mammograms during the examination and sometimes evolution indicates much more”, explains Stojchevska-Chapova.

One of the most common risk factors for this malignant disease is genetic predisposition. About 18 percent of new diagnosed patients with breast cancer have a family history of this disease. Today there are several genetic mutations associated with it.

The most common are BRCA 1 and BRCA 2 mutations. As explained by Dr. Stojchevska-Chapova, the carriers of these mutations have chances of about 80 percent to develop breast cancer through the lifetime. Increased presence of the hormone receptors estrogen and progesterone is also a risk factor for breast cancer. Increased presence of these hormones allows tumors to grow faster. Using hormone therapy in the long run, as well as large doses of it increases the risk of breast cancer. Dr. Stojchevska-Chapova also points to weight gain, consuming alcohol, physical inactivity, stress and air pollution as factors that increase the risk of breast cancer.