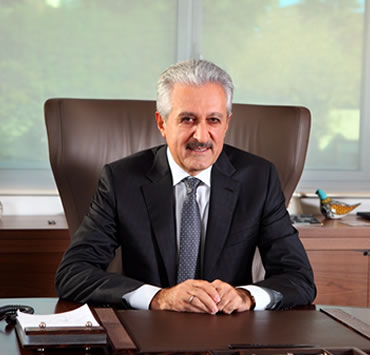 A certified public accountant-turned-entrepreneur, Mr. Aydinlar has been recognised for his extensive experience in management and involvement in the healthcare sector since 1991 opening of the first Acibadem institution, a small community hospital in Istanbul. In 2006, he was named “Male Entrepreneur of the Year” in a survey conducted by Ekonomist Magazine and the “Business Executive of the Year” by Dünya Newspaper and Istanbul University’s School of Business Administration.

He was also chosen to be “The Person with Most Contribution to Development of Healthcare” by the Turkish Healthcare Volunteers Organisation. Mr Aydinlar was awarded “The Eminent Services Award of the Grand National Assembly of Turkey” in 2010. Most recently, his philan-thropy was recognized by Capital magazine, as one of the top 10 business people with most charitable donations over the past 10 years.