I had 100% clogging of the arteries, and today I’m riding a bike! 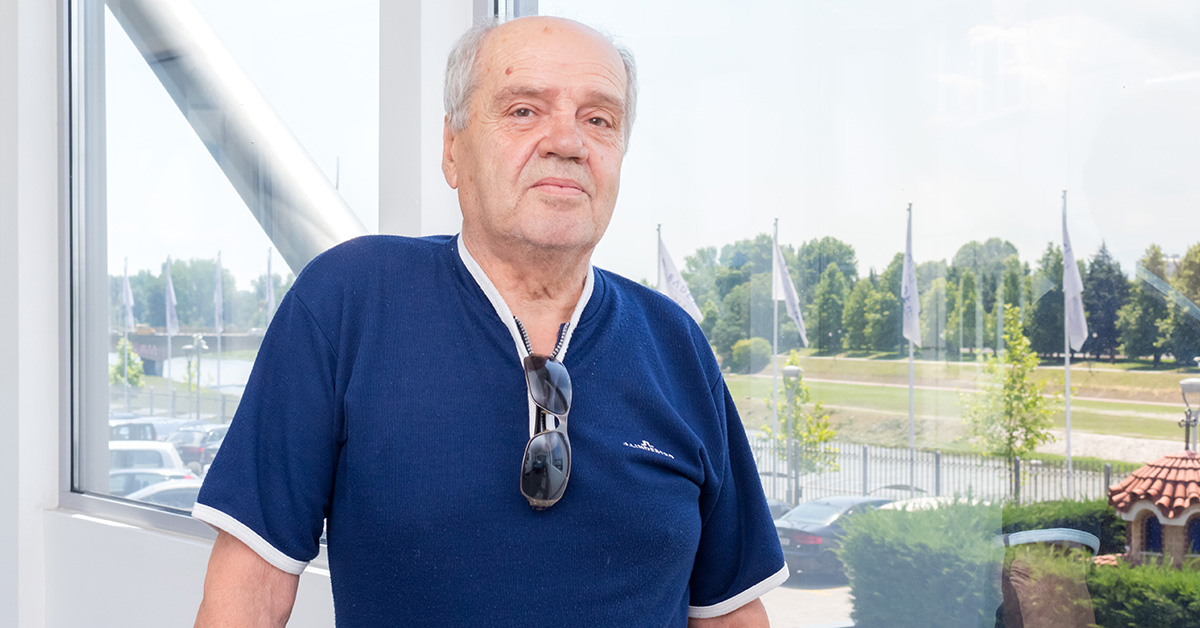 Fatigue, difficulty and leg pain were the main reason why 69-year-old Panayoti from Bitola stopped enjoying his everyday rituals like walking through the bazaar, going for a fishing and actively making friends as before. By clogging 80% of the arteries to one and 100% to the other leg, the likelihood of losing one leg was great. But, as he says himself, Dr. Karagjozov made a real miracle. One month after the intervention, Panayoti, known by the alias ​​nickname Otto, feels great, while his compatriots look at him with wonder while he rides 4 kilometres with his bike every day.

I lived with pain and fatigue for a year

“For a long time, about a year, I felt tired, had difficulty in my leg, pain, I could not walk, move, I would have made about 20 steps and no more. When I rode my bicycle, I had to stop for a rest and then to go on. I could not walk even for 200 meters, and not get tired and stop. I was suspicious; I knew something was wrong, I could not recognize myself. I, hiking all my life, suddenly was tied up for the armchair at home, and when the symptoms worsened, I barely walked to the bathroom. My wife helped me to complete the necessary home duties”, explains Panayoti how everything started. 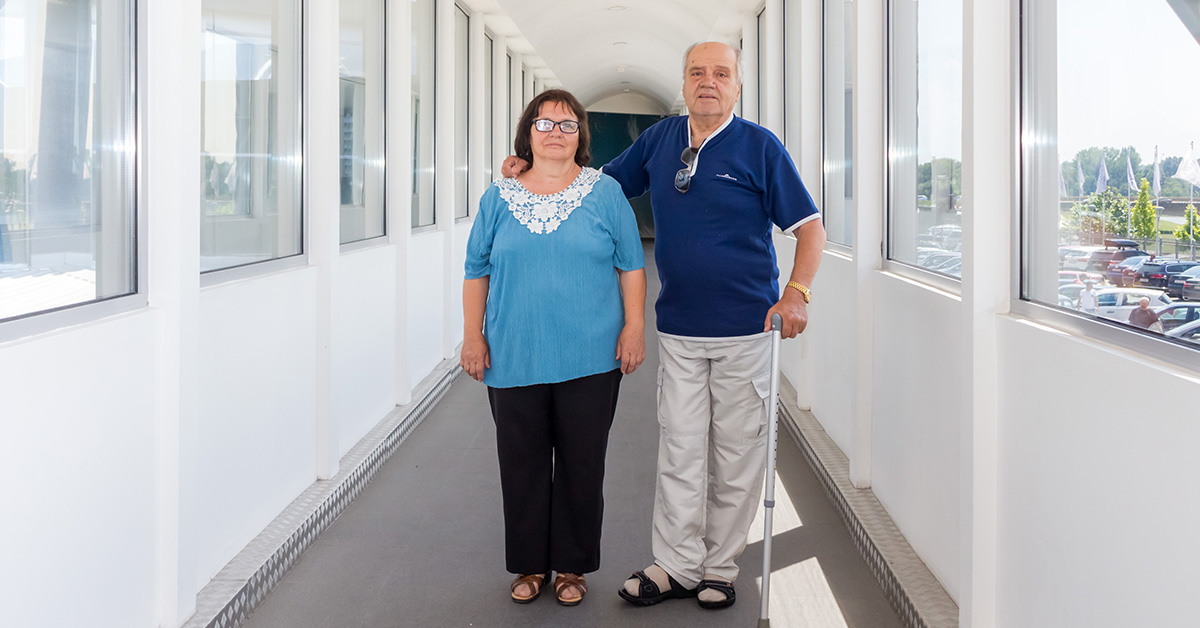 My wife decided for an examination by Dr. Karagjozov

Panayoti’s wife, who was his biggest support and help in the period when he could not get out of the chair, worried about his condition, began to seek a doctor to help him. “I found out about Dr. Mitko Karagjozov in ‘Acibadem Sistina PLUS’ magazine, I have read many stories similar to ours that he has resolved successfully. We always had a high opinion about the hospital, but we started using the services when problems occurred. I insisted on coming here because I was reading the magazine and knew that Dr. Karagjozov is really a miracle of doctor. I called on the phone and we established a contact instantly, then we came and the treatment began immediately”, says Dona, the wife of Panayoti.

The problem with the legs was serious

I knew something was wrong, as the doctor confirmed. After the examination, he explained that the condition is very serious. I had clogged arteries to both legs, 100% to the one, and something less, about 80% to the other. Dr Karagjozov said that it is necessary to intervene immediately and to make several bypasses. Then I thought that if I had come earlier, the clogging might have been less.

There was a risk of losing one leg

The first impression from the examination by Dr. Karagjozov was really positive. The doctor is so professional and works with a great team, synchronized completely with his requirements, in order to help the patient. What I also liked was the doctor’s sincerity, and that he immediately knew how to make a decision. He was honest as well when he said there was a great risk of losing one leg, the one with 100% clogging, but that he would do his best to complete the intervention. I would lie if I say that I did not feel much fear at the moment. The idea that I will be without a leg, that I will never be able to ride a bicycle, go for a fish and walk, leaved me without a breath. 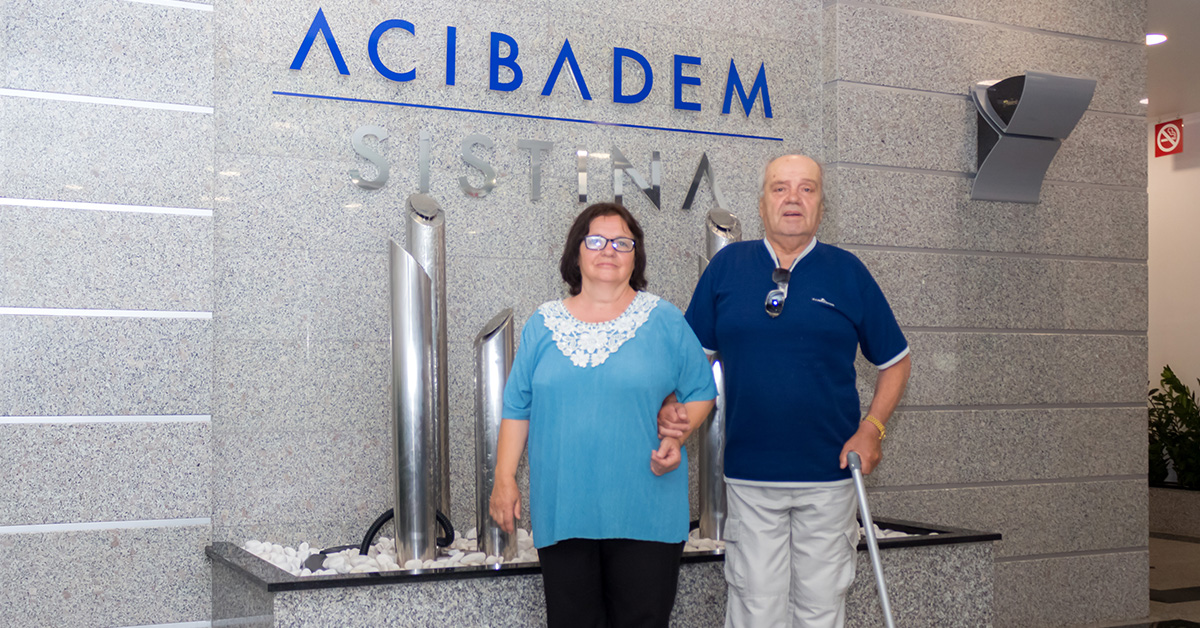 Five bypasses were the solution to Panayoti’s problem. Three bypasses to the right and two to the left leg have restored the circulation of the legs, which was almost completely disabled. “I had two operations. They went well, especially the first one. They let me go home few days after the intervention. The second operation was more radical, so when I came for a control examination, I was hospitalized and stayed for a whole month in order to stabilize my leg”, says Panayoti.

A month after the surgery I got on a bicycle

After the hospital stay, control examinations and dressings on the legs followed. The doctor and nurses who followed-up my leg told me that with each dressing the leg is getting better. I also felt better. I began to move independently, to do the home duties, climbing up the stairs by myself. To my greatest pleasure, my persistence and desire to get back to my old habits got me on a bicycle. When my symptoms of fatigue and pain in the legs began, I could not ride even for 200 meters. Now I ride about 4 km a day along the promenade.

“I spend my whole life cycling, hiking, and skiing and fishing as well. Fatigue and pain in the legs tied me by the bed literally. Thanks to Dr. Mitko Karagjozov, my strength returned, and today I am active again and I enjoy the life. 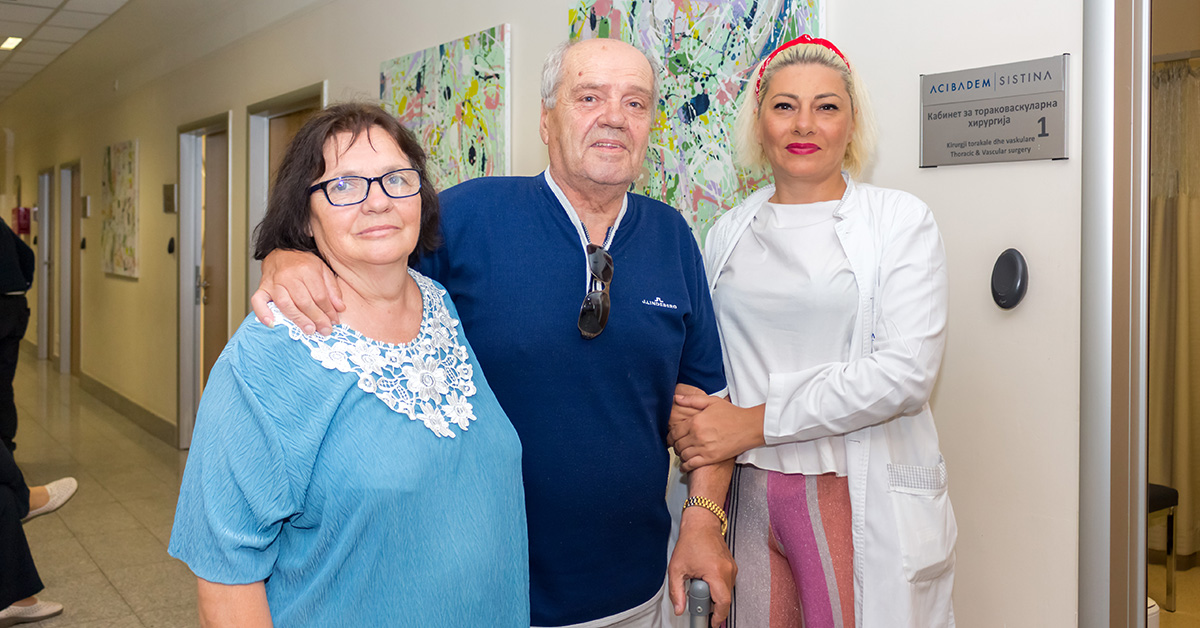 I express a huge gratitude to Dr. Mitko Karagjozov and his team because the miracle I believed in happened. He really has magical hands and made impossible for me. If I went elsewhere, I might be left without a leg. I liked the doctor since he is prompt and always explains, he is always smiling and positive, and say a joke to relax you. But above all, he is a professional. I express a great gratitude to nurse Sashka, who is a beautiful person, professional, dedicated and available any time on the phone, whenever you need an advice, consultation … she was available all the time. Also, I want to commend nurse Tajna and nurse Marika; they were always pleasant, willing, while their relationship gives the patient a will that everything will be fine. I am very pleased by everyone; even the paramedics were good and positive. Everything was on a level.