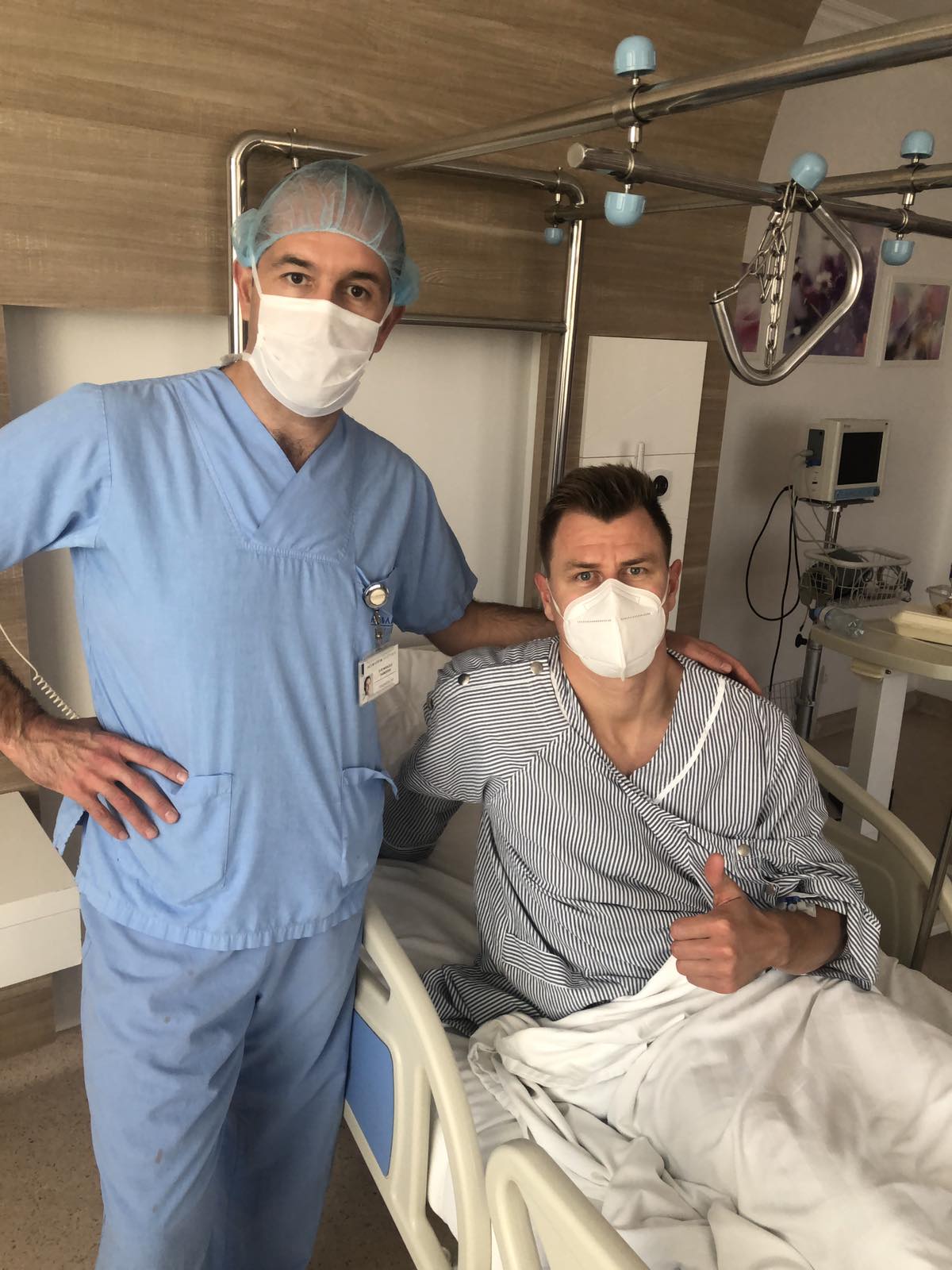 Despite leaving RK Vardar and Macedonia, the Russian handball player Danil Shishkarev decided to undergo treatment for his knee injury at Acibadem Sistina Hospital. The right wing of the Hungarian handball giant Veszprem suffered damage to the cartilage of his right knee (medial plica). The intervention at Acibadem Sistina Hospital was performed by Dr. Mihajlo Ivanovski, a traumatology specialist, and his team.

“The knee intervention lasted one hour. Shishkarev will be able to leave our Hospital on Monday. According to plan, he is returning to Hungary on Wednesday to begin rehabilitation. The expectations are that he will return to the training process in three to five weeks”, says Dr. Mihajlo Ivanovski, a traumatology specialist.

This is not the first case for top athletes who play professionally in other countries to undergo surgery for sports injuries at our Hospital. Acibadem Sistina enjoys great trust among top domestic and foreign athletes.

The former ace of Vardar has won two champion titles with the Macedonian club.