Jovan is only five years old, but he faced a problem occurring mostly in adults. Fortunately, his health problem was overcome at Acibadem Sistina Hospital. In fact, it is the first such intervention in the country performed in such a young child. Jovan had kidney pain that started with urinary tract infections. Examinations revealed that he had a right kidney stone, not diagnosed at other healthcare institutions. Because of the high temperature, he was a COVID-19 suspect. However, Dr. Svetlana Krstevska-Blazhevska, his pediatrician at Acibadem Sistina Hospital, offered a solution and referred him to doctors Risto Simeonov and Zoran Trajkovski at Acibadem Sistina Hospital. 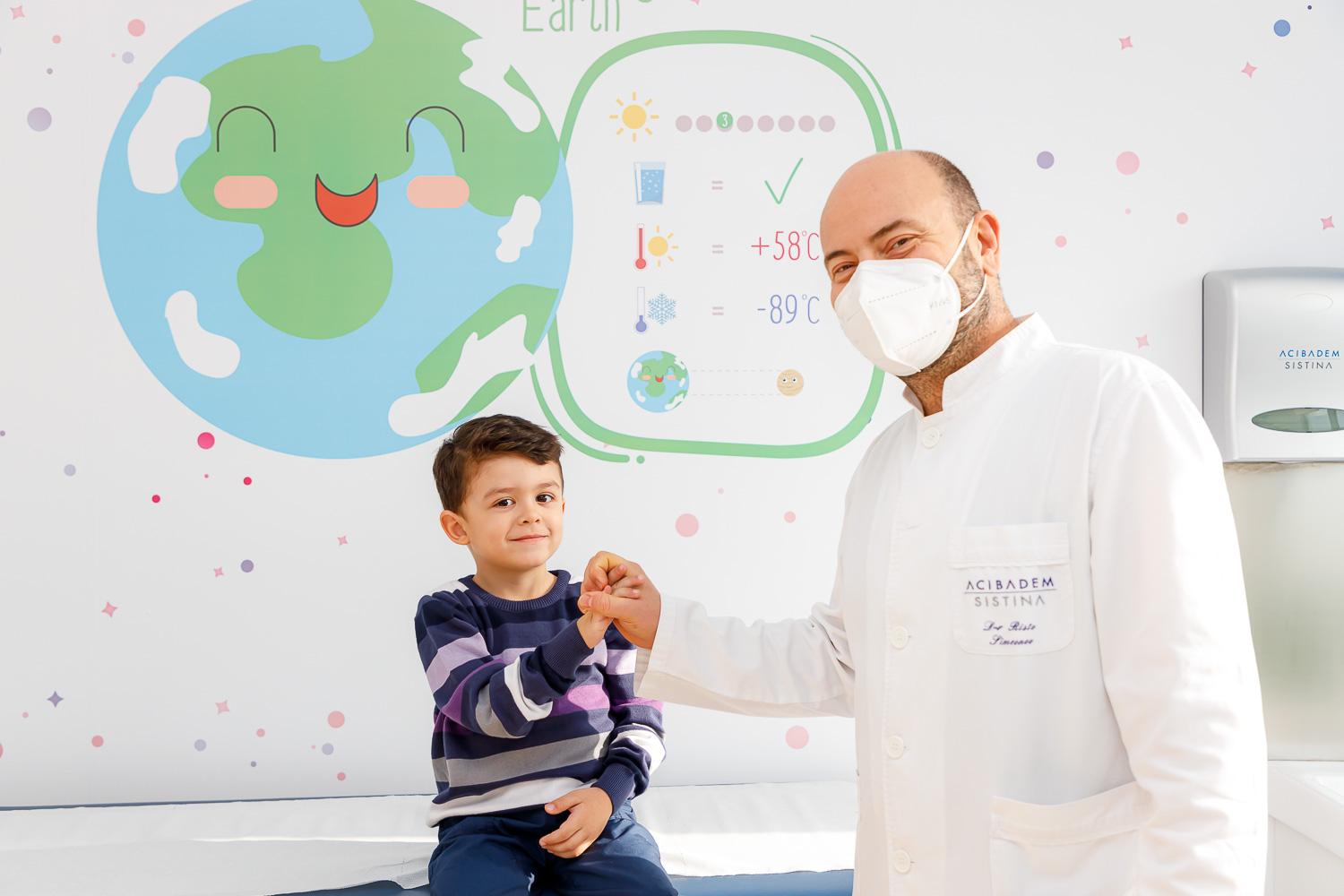 Five-year-old Jovan underwent endoscopic intervention for breaking up the kidney stone. Dr. Blazhevska says that Jovan was brought in with high temperature and pain in the right side of his abdomen. Following the ultrasound examination with Dr. Zoran Trajkovski, a radiologist, it was determined as a stone of about one centimeter in size. Immediately after that he was referred to Dr. Risto Simeonov, a surgeon. He says that Jovan’s case actually was the first such endoscopic intervention for breaking up a kidney stone in a five-year-old child.

“It was an intervention performed with a renoscope that went through the urethra and entered the bladder, through the orificium to the right urethra and proximally (up) to the kidney. The kidney pyelon (collecting duct system) was reached and the stone – in size of a hazelnut – was monitored in the right kidney. The breaking up intervention was performed with a laser, the stone was broken into very small pieces, which the child later eliminated through the urine. We made the intervention together with Dr. Daniel Petrovski, an urologist”, says Dr. Simeonov.

Tanja Nakevska, Jovan’s mother, says the diagnosing was prompt and the treatment effective. She is quite satisfied with the doctors and has only words of gratitude. 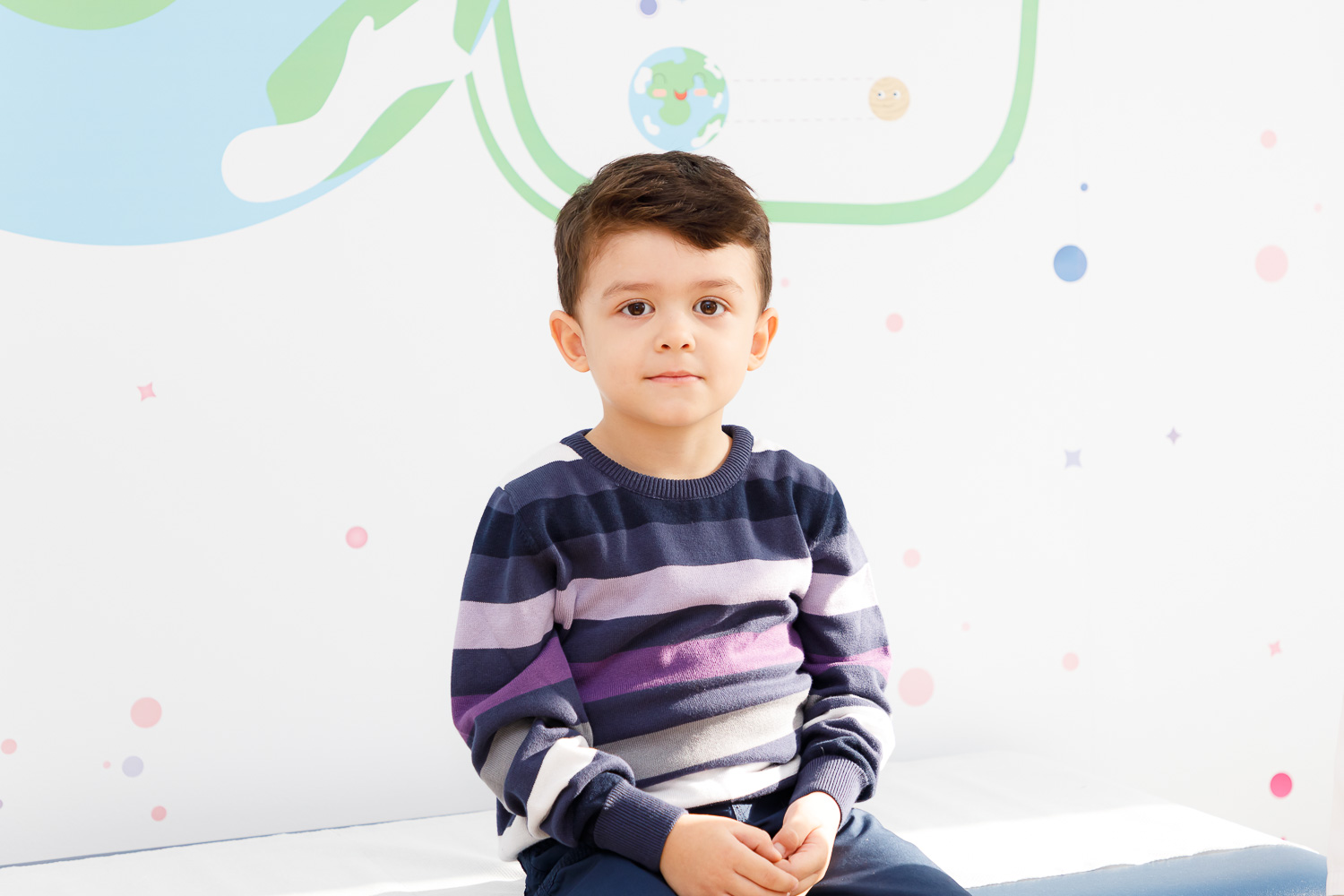 “Jovan had pain in his right side and was constantly complaining of kidney problems. As for Dr. Simeonov and Dr. Trajkovski I can say they are excellent, both as people and as professional, leading doctors. As a parent I was informed about all details, how it will be performed and what kind of the intervention it is. We are satisfied with everything, there were no problems after the intervention”, says Jovan’s mother. 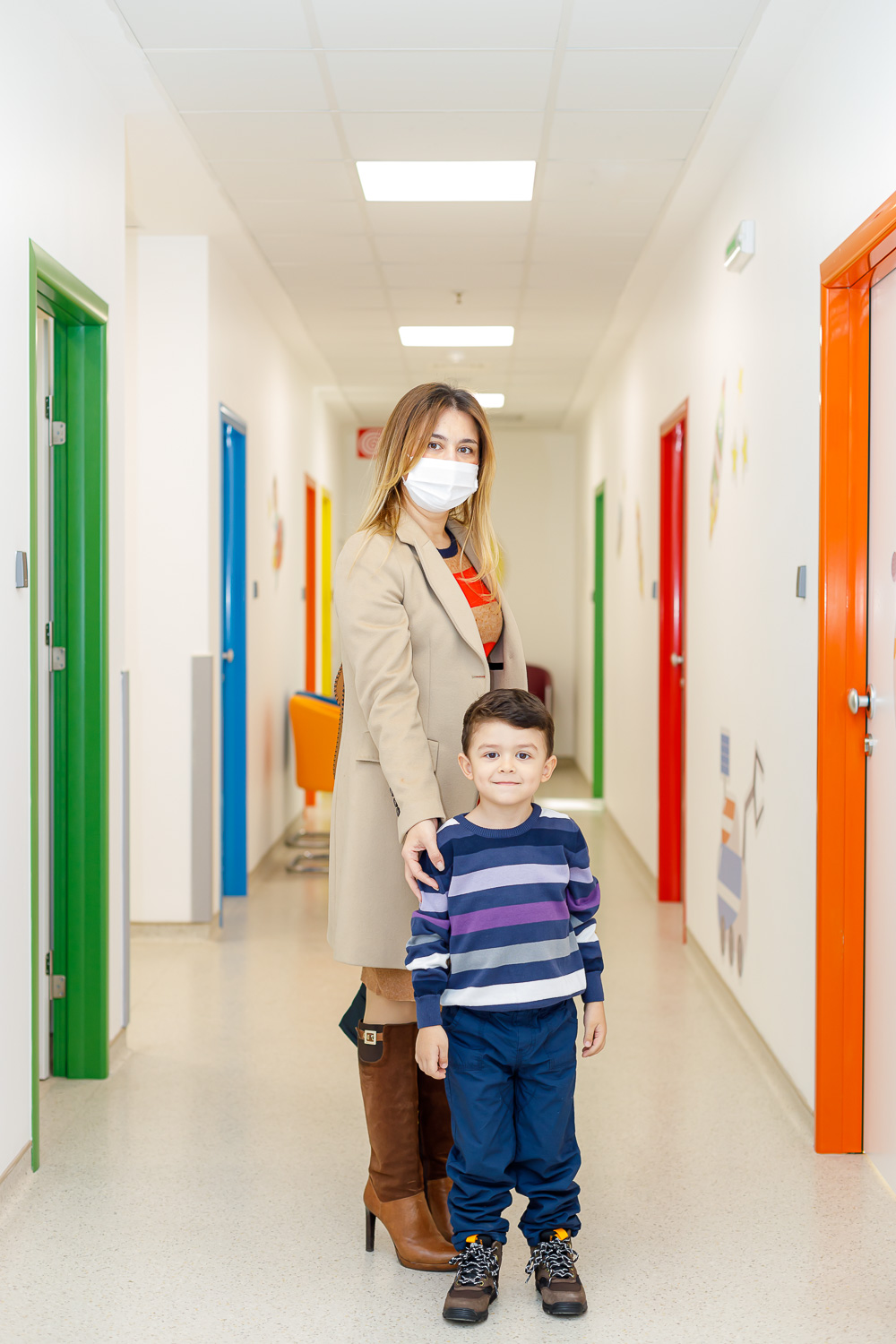 Since the beginning of the year, Acibadem Sistina Hospital has reduced the prices of hospital services in the new pediatric hospital, the most modern in the region, by 20 percent in average. The new prices are in line and with intent to make the hospital more accessible to all patients in a coronavirus pandemic when hospital capacities and treatment generally are reduced. This way the hospital proves that care is a priority at any time. “Acibadem Sistina” is the only private hospital that treats children with health problems of all specialties even in pandemic.