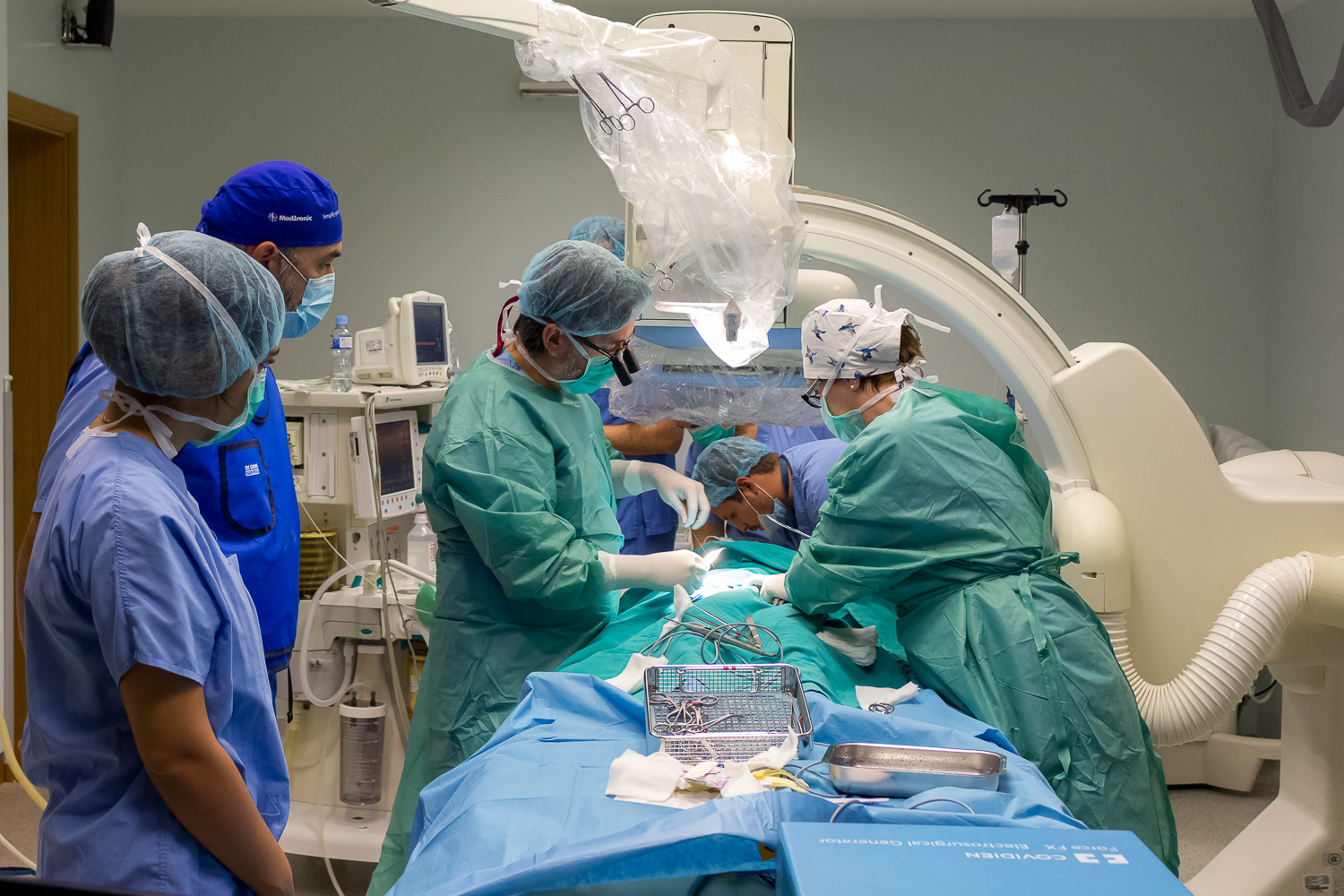 A team of doctors from Acibadem Sistina Hospital for the first time in Macedonia implanted a permanent heart pacemaker by venous access in a child. Notwithstanding this type of implantation is standard procedure for adult patients, Macedonian doctors performed it in a five-year-old girl. She has felt well and has been discharged a day after the intervention.

The patient was diagnosed with a heart problem when she was 30 days old. Then Dr. Vladimir Chadikovski, a pediatric cardiac surgeon, implanted a permanent heart electrostimulator or pacemaker in the infant’s abdomen with an electrode on the external side of the heart. Over time and due to frequent pacemaker adjustments the battery ran out and it had to be replaced.

Now Dr. Ivan Trajkov and Dr. Dejan Kovachevikj, specialists in electrophysiology and arithmology at Acibadem Sistina Hospital, have replaced the existing pacemaker with a new one, but this time intravenously. The anesthesia was led by Dr. Mirjana Krmzova and Dr. Aleksandar Radoeshki. The procedure, lasting for about thirty minutes, was supported by Dr. Chadikovski who removed the old pacemaker from the child’s abdomen simultaneously.

“Following administration of a contrast agent in a vein, we got complete visualization of the venous system in the right subclavicular region where the suitable vein lies. A lead and a guidewire were inserted through that vein in order to insert the electrode. Minimal X-ray radiation was used to position the lead in the right ventricle. Then the lead was additionally bended so that it unwinds as the child grows. Subsequently a special, cardiac pacemaker with smallest dimensions and specifically designed for child population was implanted”, explains Dr. Trajkov.