BROTHERS, DOCTORS AND CYCLISTS – SPIRIT AND ENERGY ON TWO WHEELS

Both are leading and proven specialists – committed to their working at full potential, both professional and physical. But the spirit is important as well. Doctors Dimitar and Ivan Trajkov know it very well. They started cycling as children. Now cycling is much more than just a routine for going to work or practicing it periodically. It is their hobby, need, love, and lifestyle. Dimitar Trajkov is a gastroenterohepatologist and Ivan Trajkov is a proven cardiologist at Acibadem Sistina Hospital. Their commitment to the patients is indisputable, but their lives are completely fulfilled due to the great love for cycling.

Like every child, they get the first bikes by their parents. However, their father, also a doctor, had a special love for cycling. Even then he went to work by bicycle every day. 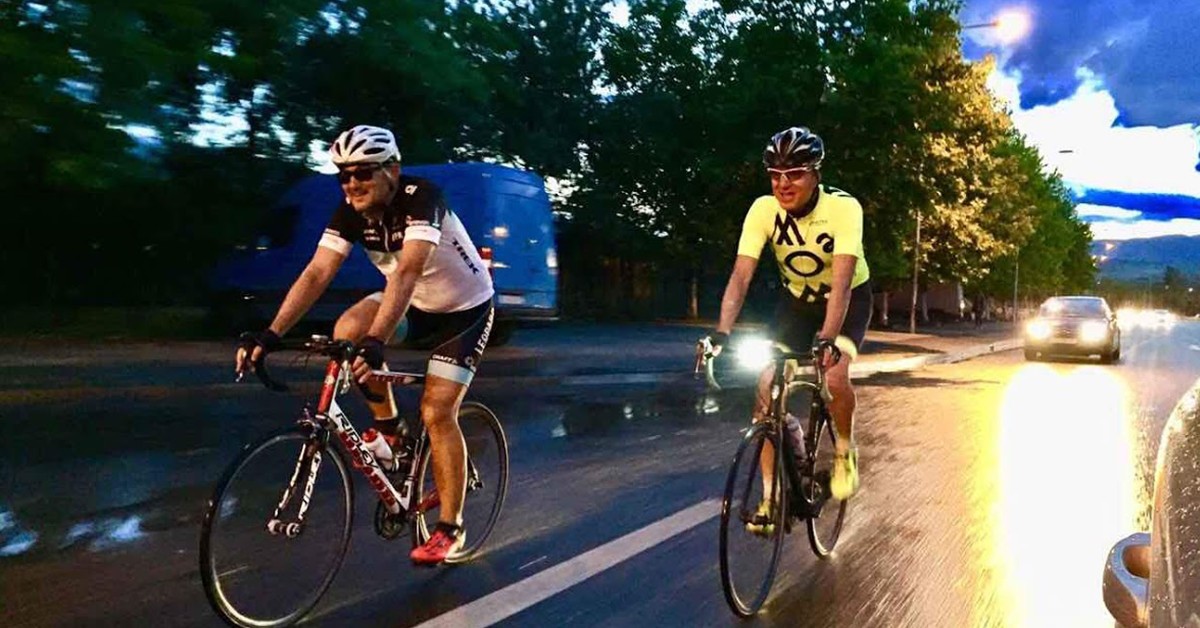 LOVE SINCE THEY WERE CHILDREN

“My love for cycling was inspired by my father. He was a professor at the Faculty of Medicine and went to work by bike. We looked photos of him when he was young and got a bicycle from England after the war. Then, I remember he was talking constantly that we, the young people, have to play sports. Later he bought us pony-bikes. Then we focused on education, so when we completed college we continued the cycling”, begins the story of Dr. Ivan Trajkov. In childhood they played football and basketball, as other children did. However, cycling remained the first and the greatest love. On his secondary school graduation Dr. Ivan Trajkov got, as he says, a serious bicycle. After completing education, or since 2005, their bikes have been activated again and they have become a way of relaxation.

“It’s a great sport that makes your life easier. In Skopje, you can get from one to another part of the city shortly, but you can also socialize. In addition to the social moment, it is a good sport to keep fit, and there are nice vibes. It is a sport that fulfils me completely. At any time. Our profession restricts the free time, but we always find time for cycling, regularly, especially on weekends”, says Dr. Dimitar Trajkov, a gastroenterohepatologist. “I started practising it first, as an older brother, and then later I activated him as well. We bought mountain bikes and started to get more addicted to this passion”, adds Dr. Ivan Trajkov. 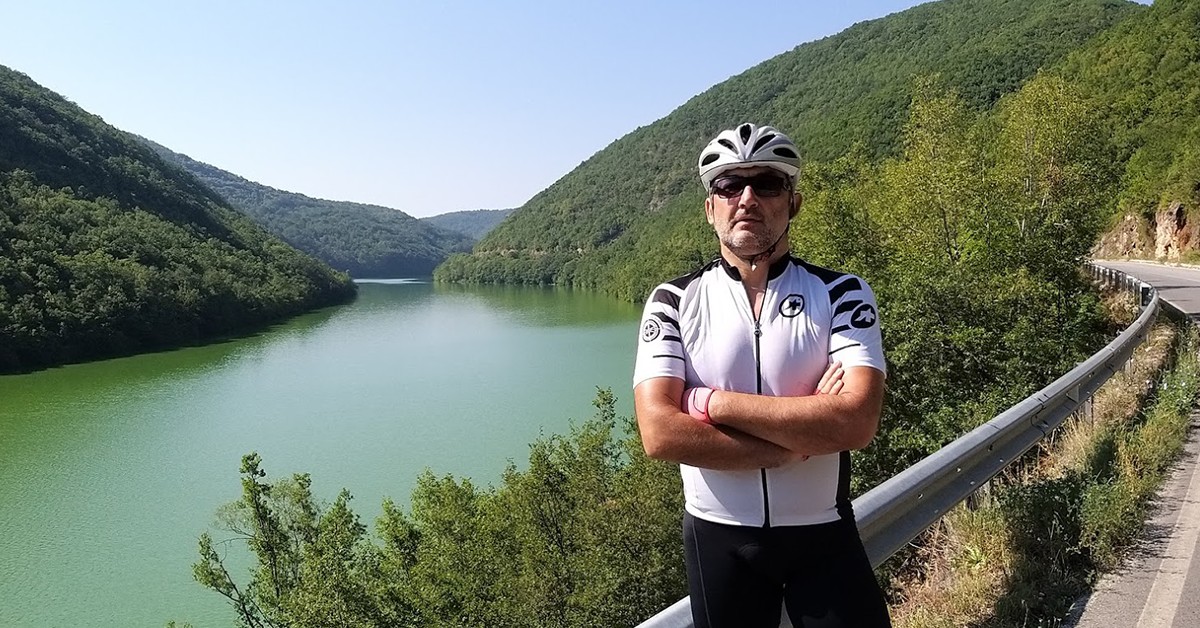 The first company was in the neighbourhood. Trajkov doctors lived in Debar Maalo and almoust all their friends had bikes. One of their gatherings was at “Apche” pastry shop, which they rode a bicycle to. Afterwards the bikes became their life. Cycling distances become longer, and Vodno Mountain was their first arduous route. 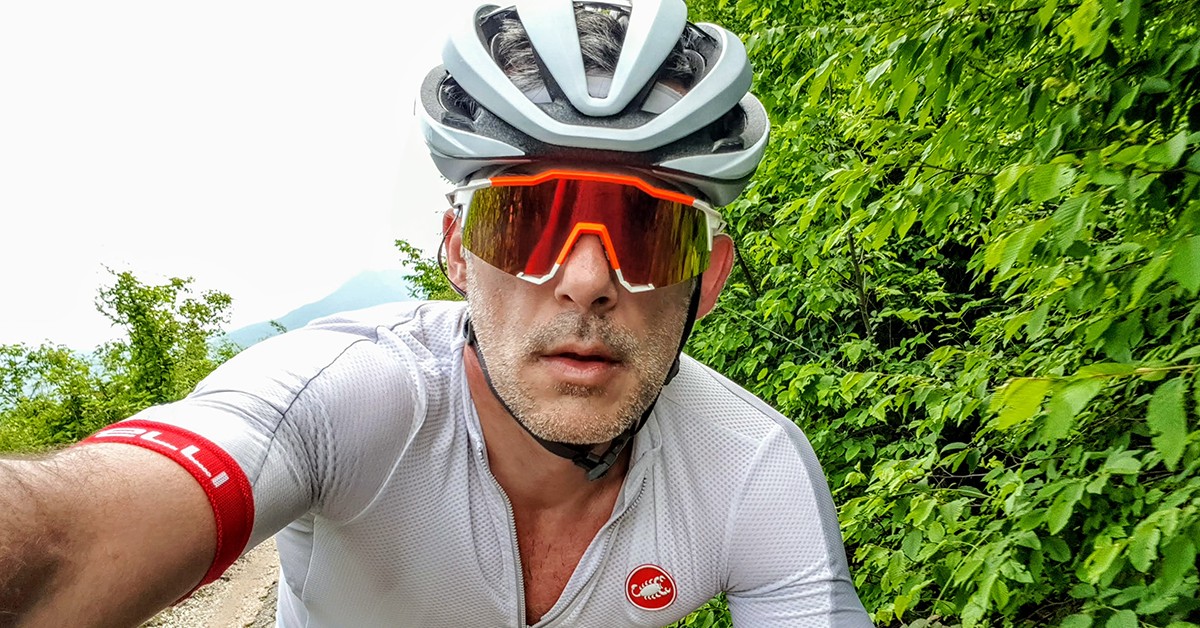 “We follow sports, we commit ourselves to this love. For us, it is a serious sport, certainly good for fitness. On the other hand, you feel nice and positive, you can practice it alone and with friends since it is both an individual and social sport”, says Dr. Dimitar Trajkov. Once Dr. Dimitar fell down the Vodno route. However, both have the necessary equipment for mountain cycling. “The furthest we have reached, of course using the older roads, are the destinations from Skopje to Kumanovo, Gostivar and Sveti Nikole. It took us four hours to ride back and forth. We rode to Ohrid as well. The fact that we are a company with everyone riding a bike means that we practice a good relaxation. The social moment is important. We even award prizes to the one who ride the most kilometres by bike throughout the year. I go to work by bicycle, and wherever I go out of the town for several days, I take my bicycle too. My brother has two sons, I have two daughters, and all of us ride as a family. I even tell patients to ride bicycles”, explains Dr. Trajkov. They both say that the bike is their luck and it will be the same in the future.