AFTER FIGHTING STERILITY FOR 16 YEARS, TODAY THEY ARE PROUD PARENTS OF LITTLE TRAJCHE

Fighting sterility does not always seem simple, but when the confidence in your doctor is great and the wish to have a child is an imperative, then years are no obstacle at all. Lazov couple – Biljana and Borche have proved it living with the same wish – to become parents for 16 years. Today they have their greatest joy in life – little Trajche who reminds them daily that life is beautiful!

“In the distant 2002 we started the sterility struggle at the private hospital ‘Mala Bogorodica – Sistina’ when we met Dr. Slobodan Lazarevski for the first time; he gave us a great support and promised that together we will win the battle and we will have a child. Since then, my wish to become a mother flared up so strong that I was impatient wanting to touch that little being and take it in my arms. We started performing countless examinations with a great enthusiasm, and we thought we would get the long-awaited baby as soon as they were over. However, the examinations brought the first temptations. We took a thorny path full of great temptations, which was so long that its end was never seen”, Biljana recalls the beginnings of their long struggle. 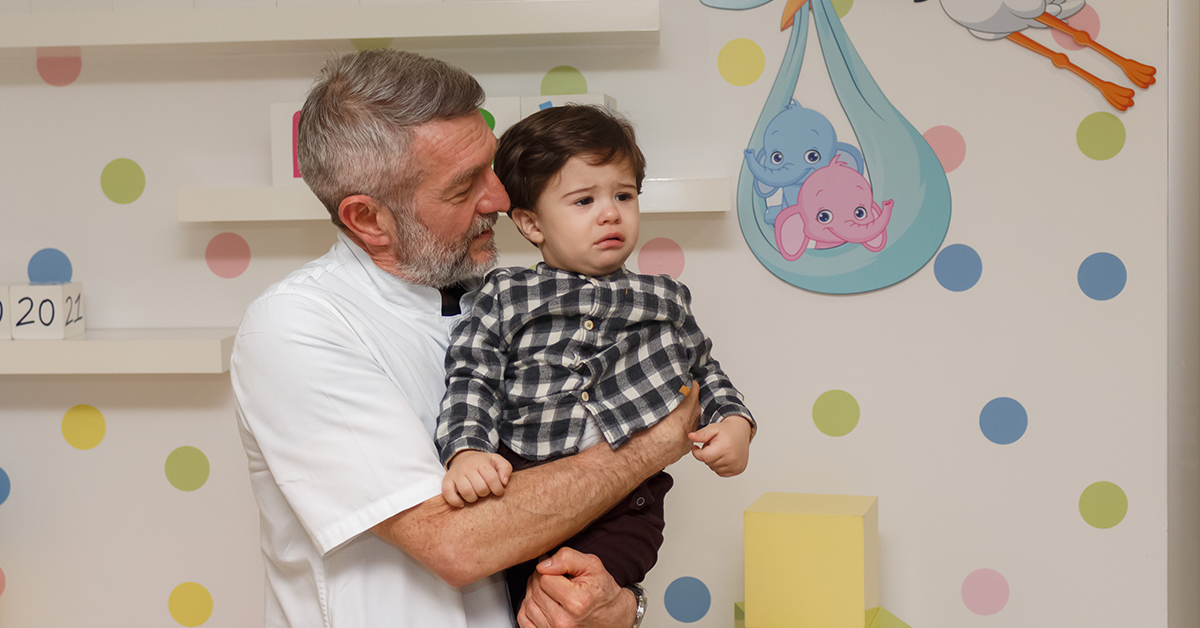 “At the beginning of 2003 we made the first in vitro procedure. I was sure that we had completed the most substantial mission, still not knowing that I was at the very beginning of a major struggle. The first negative pregnancy test came, which, honestly, didn’t break me so much since we were at the beginning and I thought I should try at least a few times to get the most expected. I decided not to give up of my growing desire to realize myself as a mother. Six months after the first in vitro attempt we made another one, which I hoped would be successful. We also did a pregnancy test, and it was negative. I was completely broken and discouraged. Such a period is difficult for married couple, especially for the woman, who is going through a very difficult time because besides the negative result she is forced with a lot of hormones that further aggravate the already difficult situation. Broken like birds without wings and hopeless in great despair, we immediately made a decision to go further so God will have mercy and reward us”, remembers Biljana. After several failures, Biljana and her husband decided to take a longer break until the next in vitro procedure, to release them mentally and commit to fulfilling other plans in life, but, as Biljana says, you only deepen the sadness in yourself while your desire to become a mother is flaring up even more.

“Wherever I looked, my eyes always stopped at little children, at their little childish eyes, little hands wrapped tightly around their mothers. I wanted to feel that warm baby hug as soon as possible. Then in those difficult moments I told myself that I have to be strong and persistent and I have to be a mother one day”, Biljana says with a lot of emotions.

LAZAREVSKI WAS MY GREATEST SUPPORT

Despite her great desire and perseverance, the strong Biljana’s will through all these years is credited, as she says, to the best professional, doctor Slobodan Lazarevski. Although knowing they are faced with a serious obstacle to realize pregnancy, he never gave up fulfilling their dream.

“Dr. Lazarevski never gave up the path, from the very beginning he had a positive attitude and his words were always the same: ‘We will succeed, we must succeed!’ Although he knew best my case and the consequent difficulties, he never allowed it to affect me or let the long years of waiting discourage me”, adds Biljana.

I KNEW THAT WE WOULD SUCCED, IN 2018 I SAW THE TWO MOST BEAUTIFUL LINES ON THE PREGNANCY TEST

Following a series of examinations and treatments, in May 2018 we made another attempt of fertilization, now at the largest and most modern Acibadem Sistina Hospital. I felt comfortable and safe. I knew we would succeed, I was relaxed, I had unreserved support by the entire team of Dr. Lazarevski. All of us were confident; Dr. Lazarevski and his team used the most modern methods. When the embryo transfer finished, Dr. Lazarevski’s words were: “Now let God be with all of us to succeed”. I saw smile on the faces of Bobi and Aneta, the best team of embryologists. As if I had read from their faces that it was over, we completed the greatest mission. We have already gone through a lot, thus my hope was high, I told myself not to fail, I will try again, and there was no giving up. Such was our agreement with the doctor and his team. And 15 days later when for the first time I saw the two most beautiful lines on the pregnancy test, I couldn’t believe or rejoice it since I was still afraid that something might happen to me. 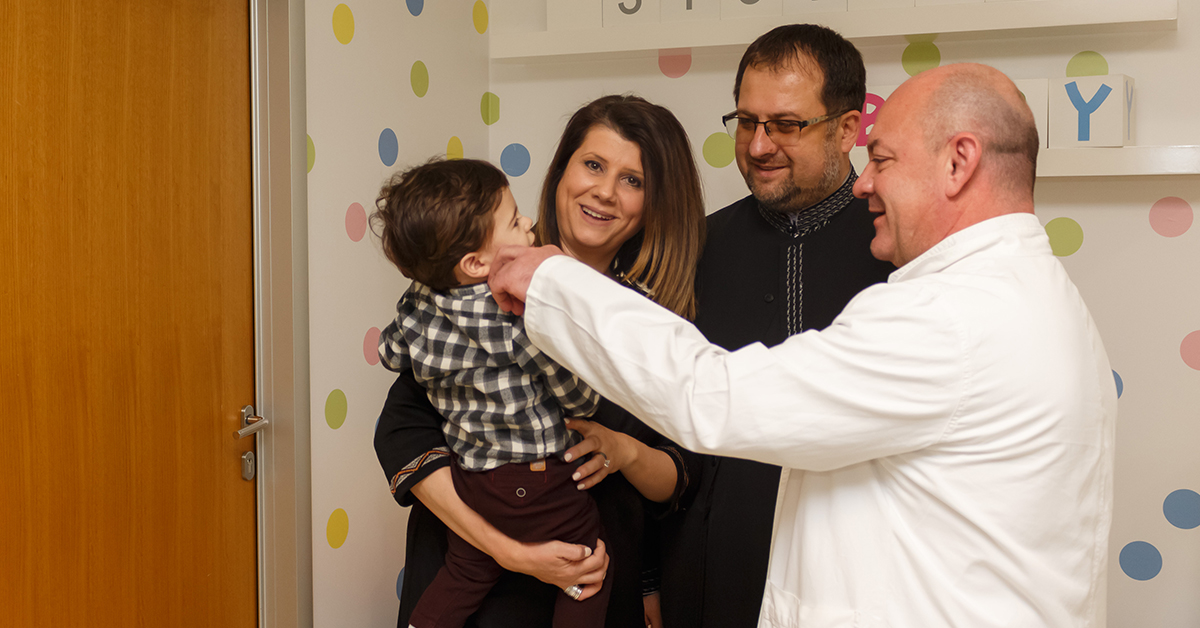 DR.GORDANA PETROVSKA, THE BEST ONE, TOOK CARE FOR THE PREGNANCY

“I have been waiting for this pregnancy for so long, and to be safe and calm I have decided to entrust it to Dr. Gordana Petrovska, who has been positive and smiling always, as I mostly needed to feel throughout the pregnancy – calm and relaxed, confident that everything will end best. After such a difficult period, it is normal to feel fear, of losing what you have struggled for the most. As the fetus has grown in me, so has flared the desire to meet our dearest sun as soon as possible. When I had to give birth, I was in fear and trembling. But when I saw the smiling faces of Dr. Gordana Petrovska and Dr. Boban Sardzovski, I calmed down. I knew I was in the hands of highly skilled team of doctors who made no mistake. And while I was trembling, scared that something would happen to my little one, because I had no strength for trying anymore, I heard the first baby cry and for the first time I touched the little baby cheeks. Then, feeling the warmth of a baby cheek, I realized that the long battle was over. Thank you, Lord”, recounts Biljana.

TRAJCHE IS HEALTHY AND STRONG BOY, DR STANKA IS ALWAYS THERE FOR US

Dr. Stanka Tancheva is our doctor who selflessly cares for Trajche’s growth and development even today. As a mother I have a million questions she always has the answer for. She is there for us literally at any time, giving the right advice to solve any situation. 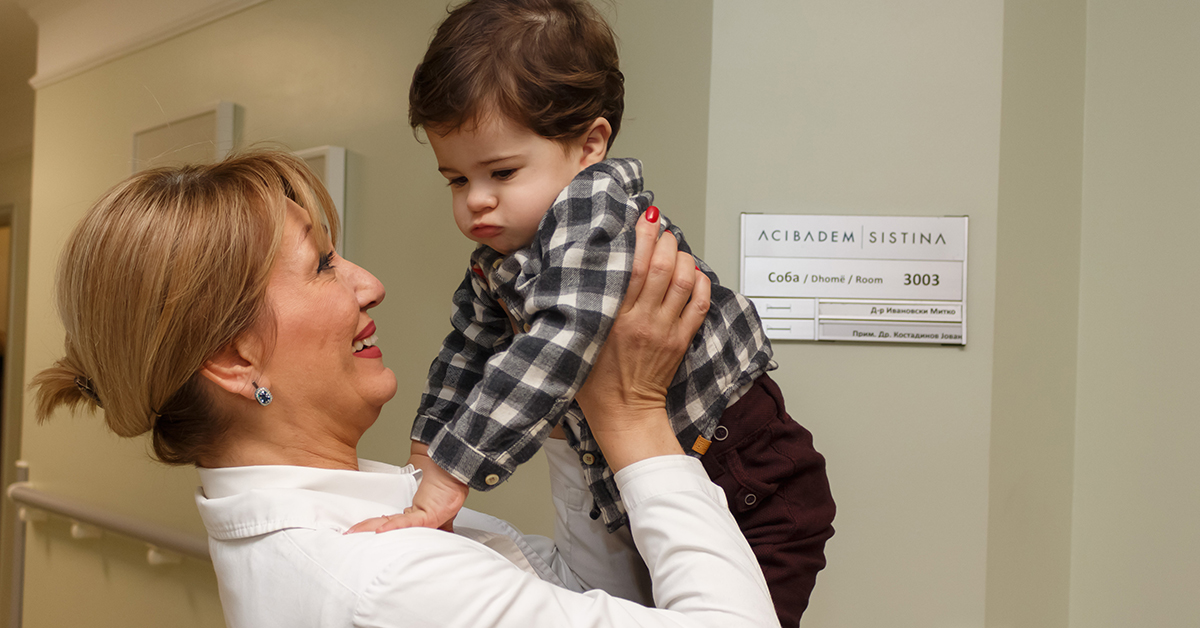 BILJANA STRONGLY BELIEVED IN THE SUCCESS, AND IT HAPPENED

In his experience so far, Dr. Slobodan Lazarevski has managed to make the dreams of thousands of families a reality. Many couples succeed immediately, but some, unfortunately, have to go the hard way to success. They are the greatest challenge for Dr. Lazarevski, who is proud and happy because he has justified the strong confidence that Biljana had in him and in the whole team.

“Trusting your doctor is a very important factor for success, normally when there is a chance to give everything you know to achieve pregnancy. That’s why we never gave up on Biljana. She and her husband spent many years in uncertainty; at first we did all possible tests and concluded that in vitro fertilization was the only option to realize pregnancy. Despite several failures, Biljana still strongly believed in me and our team, followed our recommendations, and together we went through all the setbacks. It is what I would like to emphasize – patient-doctor relationship is extremely important in our job as is the psychological moment. Confidence in your doctor, the institution, the team is what makes couples not give up and go to the end. After a series of failures, all of us were very happy with Biljana’s pregnancy; there was a dose of fear at the beginning, but with each follow-up the pregnancy progressed greatly. Today she is a happy mother and I am satisfied when the long struggle has a happy ending”, says Dr. Lazarevski. 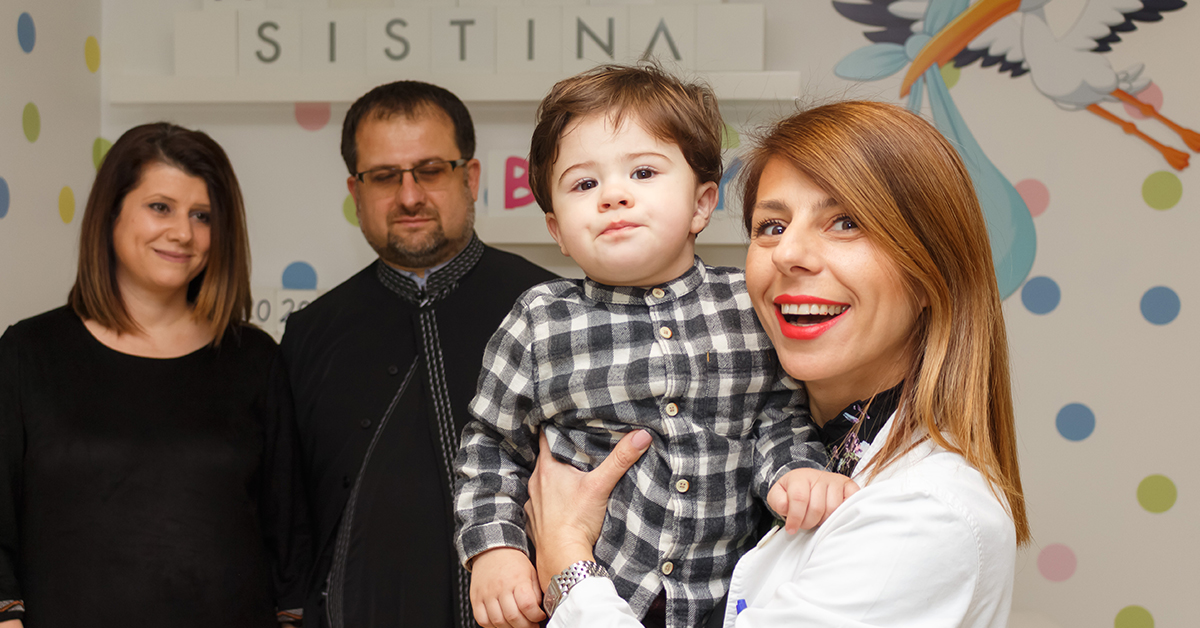 I still can’t believe our Golgotha ​​is over. We had a wonderful year with Trajche, a year full of love, warmth, countless hugs, kisses and smiles. I realized that it’s worth to be patient, no matter how long it takes. God always rewards patience. My husband and I received such an award. Today, when I feel the warmth of that sincere childish embrace and when I hear the most beautiful word – MUM every day I forget everything we went through and with great enthusiasm and pride we walk further through life, completely fulfilled and happy, holding in our arms the most beloved, for which we fought for years.