“Acibadem Sistina” develops pediatric surgery, according to Dr. Risto Simeonov the working conditions are at the world level 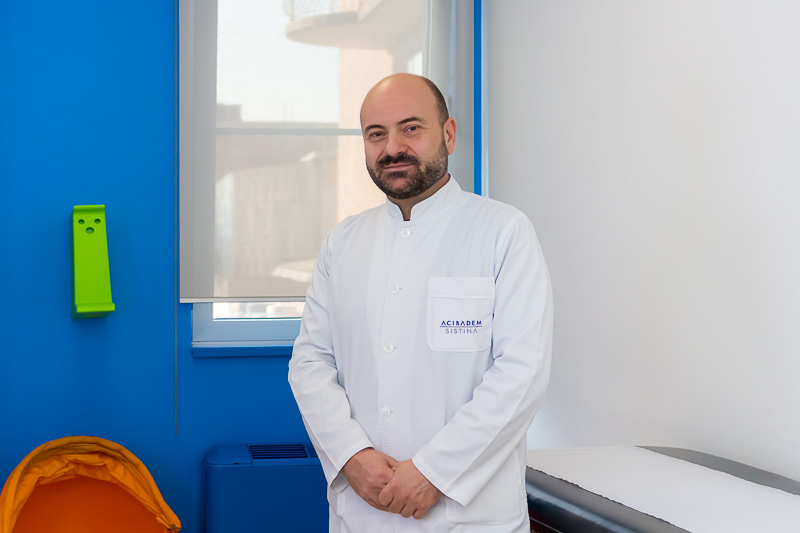 A wide range of surgical procedures in children would be performed at “Acibadem Sistina” Hospital. Pediatrics Department develops a serious surgical unit and Dr. Risto Simeonov, the well-known and recognized surgeon participates in it. He says that Pediatric Surgery at Acibadem Sistina now includes the overall pathology in the treatment of surgical diseases within the general pediatric surgery.

“Neonatal or infants’ surgery, urology, pediatric trauma, pediatric thoracic surgery, pediatric oncology surgery, pediatric plastic surgery, minimally invasive treatment, laparoscopy, cystoscopy and thoracoscopy. These are novelties that would be included at ‘Acibadem Sistina’ along those that have already been performed, such as the interventions of hernia, appendicitis and undescended testicle. Nowadays the spectrum is wider. So far, more serious interventions have been performed only at the state Clinic for Children’s Diseases, and now we continue here”, says Dr. Simeonov.

He is determined that “Acibadem Sistina” proves its place at the top of healthcare; it will be at an enviable level covering the complete pathology of pediatric surgery.

“The working conditions are at the world level, and I am talking about the standards of hospitalization, operating room standards, standards of the equipment used at the hospital. Any consumable surgical material is available at any time in terms of endoscopic treatment, laparoscopy, cystoscopy, or thoracoscopy. And these are conditions the youngest patient, the child deserves”, adds the doctor.

He asserts that “Acibadem Sistina” is a leader in the region, not only the best hospital in the country, but also a competitive one in the region, in Serbia, Kosovo, Albania…

The tendency in pediatric surgery is minimally invasive surgery

However, the tendency in pediatric surgery is minimally use of invasive surgery, laparoscopy, non-bloody reposition with percutaneous osteosynthesis in bone fractures, cystoscopy, laser treatment of kidney stone and ureteral canal. This, says Simeonov, results in a shorter hospitalization while the intervention is more painless and the use of antibiotics and analgesics is minimal.

“All this, in practice, means a faster return of the young man, the child, in everyday life. It is a relieving circumstance for parents, especially regarding that the mother always accompanies the child during the treatment or the illness”, says Dr. Simeonov.

Dr. Simeonov is the only pediatric surgeon who performs kidney transplants in children, and “Acibadem Sistina” Hospital provides conditions, resources and a team that can implement this interventional giant – kidney transplantation.

It is very important that “Acibadem Sistina” Hospital would apply surgical oncology in children. Dr. Simeonov would cooperate with Dr. Biljana Chonevska as they had excellent cooperation at the Clinic for Children’s Diseases. The most common cases in surgical oncology are the kidney, adrenal, and teratoma tumors.

“In such cases, the cooperation with the pediatric oncologist is very important in order to assess the necessity of taking a therapy or performing a surgical intervention directly. In case of large tumors, the treatment starts with chemotherapy to reduce the tumor and later to remove it surgically. The team of Acibadem Sistina is ready to include the complete oncology pathology in childhood, that is, I as a pediatric surgeon could do all surgical interventions for removal of malignant or benign tumors in children”, says Dr. Simeonov.