“Acibadem Sistina” and the “Fight Back” Campaign: Men’s Health Debate at “Ilinden” Barracks 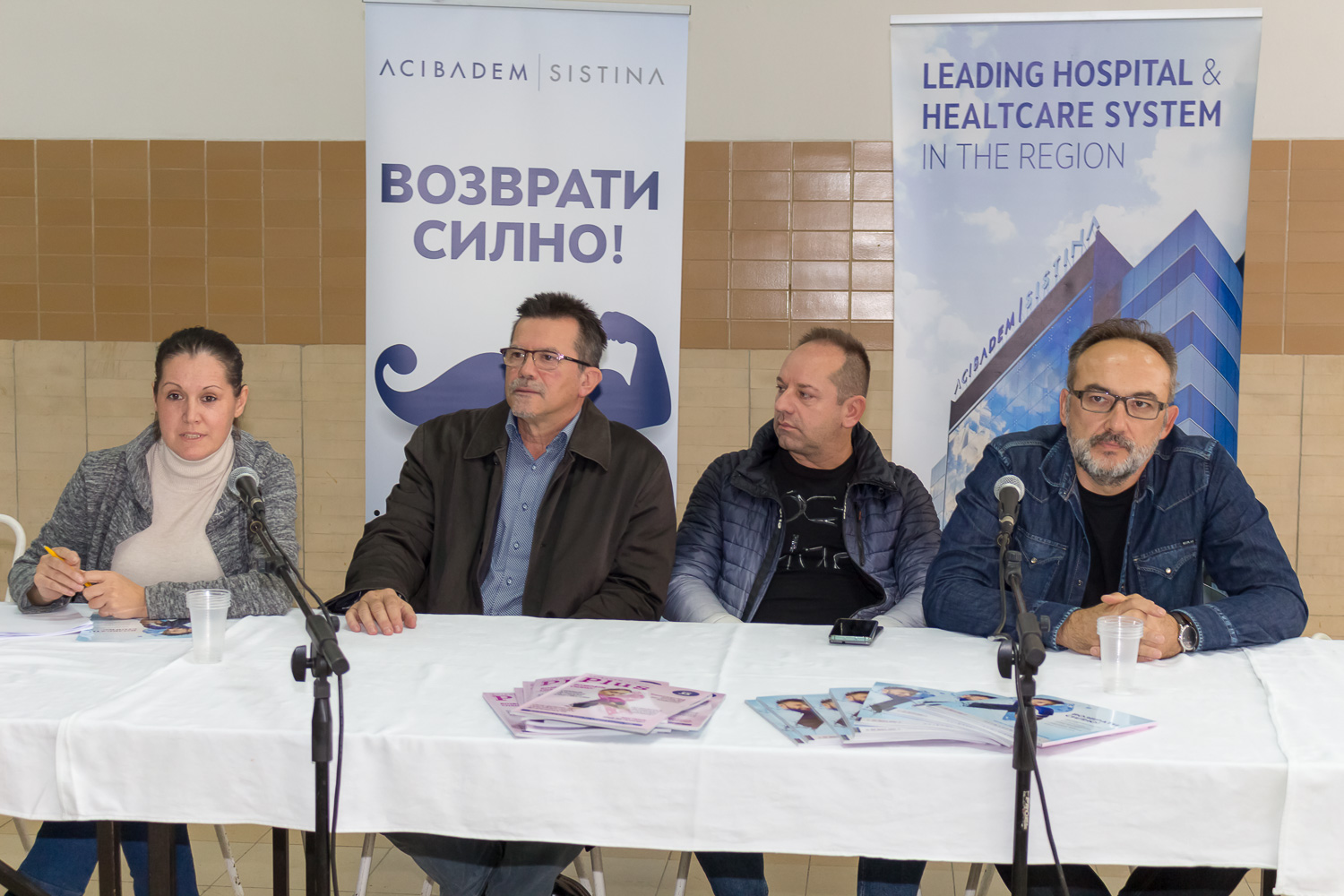 In November, the month dedicated to male health, Acibadem Sistina Hospital has continued the series of educational workshops as part of its “Fight Back” campaign, including debates on a number of topics about problems that the male population may face. The last workshop was held at “Ilinden” Barracks in cooperation with the Ministry of Defense and the General Staff of the Macedonian Army.

This meeting is part of Acibadem Sistina’s activity to raise awareness of the population about its own healthcare, holding debates at domestic institutions and companies. The meeting at “Ilinden” Barracks was attended by a team of experienced specialists from the hospital who answered all questions and dilemmas by army members. Dr. Daniel Petrovski, an urologist, Dr. Ivan Trajkov, a cardiologist, and Dr. Vladimir Ortakov, a psychiatrist, debated with the attendees about prostate and bladder cancer, erectile dysfunction, and cardiological health. The need for regular checkups, but also commitment to mental health, coping with anxiety, recognizing depression, are there any prevention options and what are they, what are the treatment options etc. were issues emphasized at the debate.

Unfortunately, malignant diseases are on the rise in the country, and some of them affect a certain age group of men.

The series of workshops began in October when more workshops were dedicated to women’s health, and Acibadem Sistina Hospital as a socially responsible company has continued the educational meetings in November, the month of men’s health.

However, doctors point out that such symbolic activities do not imply that care should be taken only in these months. The population must take care of its health throughout the year. Acibadem Sistina Hospital has the most advanced equipment for detection and diagnosis, and treatment of diseases as well.